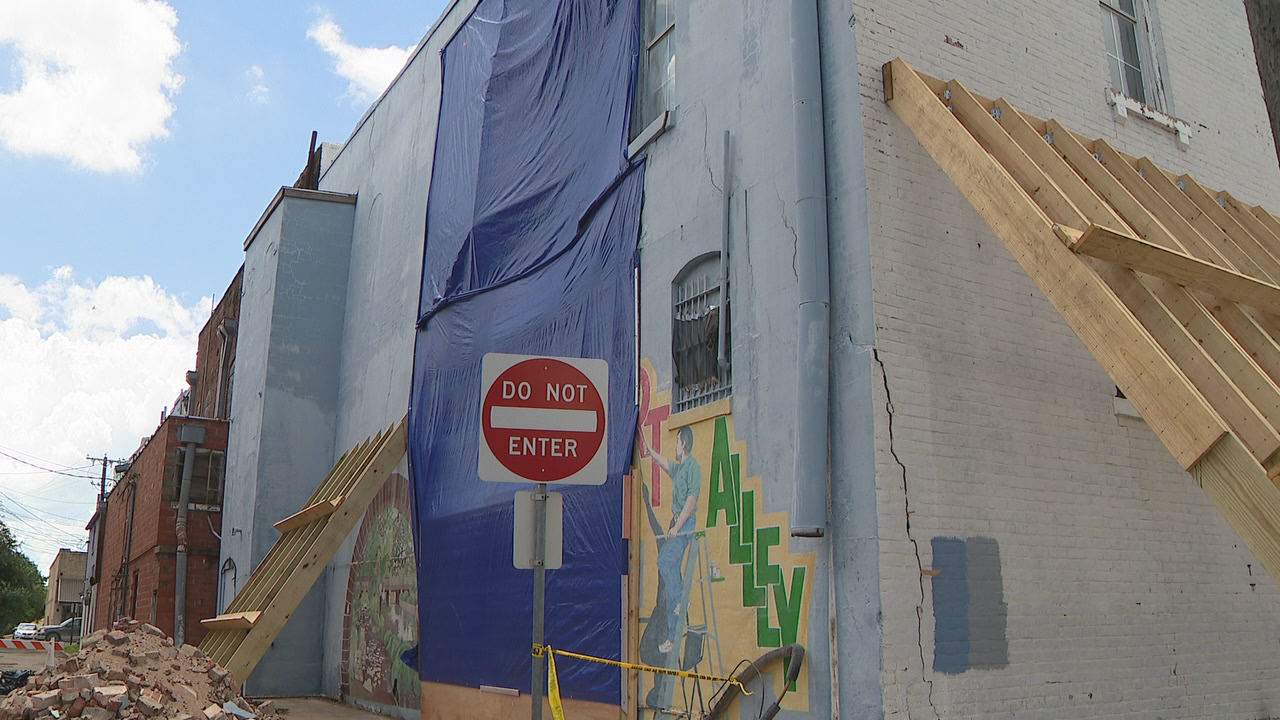 A collapsed wall of a historic building in Johnson County has raised concerns about the stability and safety of the structure.

CLEBURNE, Texas – A collapsed wall of a historic building in Johnson County has raised concerns about the stability and safety of the structure.

The mayor of Cleburne has requested a review to examine the surrounding structures in the city’s downtown core, where buildings date back to the 1800s are located.

A fire marshal last Wednesday made the discovery on the downtown building to N. Caddo and E. Chambers.

â€œHe noticed a bulge at the bottom of the wall,â€ said Chief Scott Lail, Cleburne FD.

The back wall of a building constructed in the late 1800s was in obvious distress, officials said. The city barricaded the area and TxDOT closed a traffic lane.

â€œBetween the close of business Thursday evening and 8 am Friday morning, the first section of the back wall collapsed,â€ Lail said.

This was only the beginning of the problems, however.

â€œDuring Friday night and early Saturday morning two more collapses occurred that were a bit higher each time on the wall,â€ Lail said.

By this time, the city’s emergency reduction was in full swing. The business, a bridal boutique, moved its inventory and moved. Some have thought about what’s going on in South Florida – the fatal condominium collapse.

â€œI think the problem that happened in Florida raised our awareness and made us hypersensitive to the possibility of a bigger collapse,â€ Lail said.

She hopes that history can be preserved, but above all she is concerned about the safety of all.

â€œScary, first of all. Luckily no one was hurt inside or outside the building,â€ Reed said.