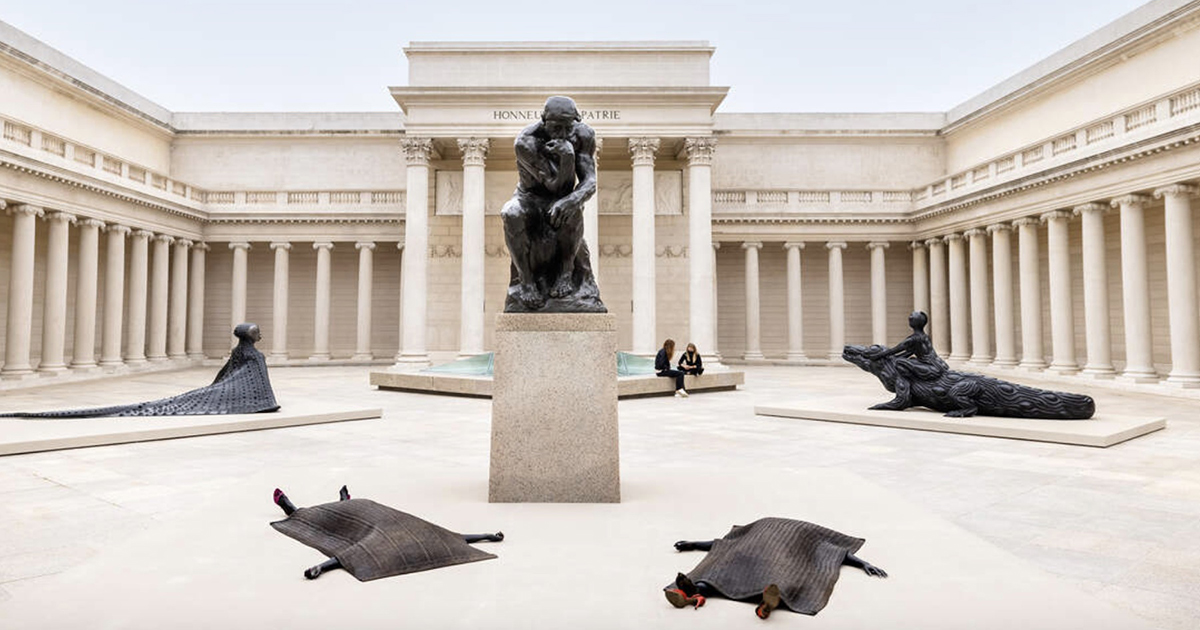 By Robin L. Hopp Last updated Dec 7, 2021
Share
“This fall, in the grip of the COVID-19 Delta variant epidemic in the United States, in a country grappling with the weight of unfathomable collective grief and grappling with pernicious anti-public health propaganda, the artist installed his monumental In America project on the National Mall in Washington, DC The premise: Firstenberg and a team of associates massively planted small, palm-sized white flags, each representing a life lost due to the COVID-19 pandemic. The flags were placed on thin wires, installed by piercing the ground, and in turn covered the northern lawn around the Washington Monument.

“A year earlier, Firstenberg had first done an earlier version of this project in the vicinity of RFK Stadium, an iteration that evoked nearby Arlington National Cemetery. Much like Firstenberg had done in its previous iteration at RFK, passers-by at the National Mall were invited to dedicate unique flags to loved ones and friends killed by the pandemic by writing messages to them. By carrying out this project on the National Mall, Firstenberg elevated the scene of his work, focused the scale and pain of the pandemic at the heart of the nation’s symbolic core, and created a place and archive of images needed for mourning. and connection. in the midst of aggravating mass loss.

“Panoramic views of the installation could be seen covering much of the grassy footprint around the Washington monument, reaching over 700,000 flags by the end of the temporary installation. Located on the edge of Constitution Avenue between Northwest 15th and 17th Streets, the flag installation was framed by nearby monuments and museums, the White House, and a large dark billboard on which the national number of dead was updated every day. This feature was so photogenic that it was necessary to found this partly memorial and partly indictment work of art. Additionally, for those who see the facility up close, you can find a small, pointed section of flags near the main panel highlighting the cumulative death toll in New Zealand (27), a country that has taken a tough approach. early on to tackle the pandemic, alongside a collection of flags representing what the cumulative death toll “might have been” if the United States had “taken the New Zealand approach” (1809). These details have pushed this temporary installation with enduring perspectives and sightlines, in a grand and granular way.

“One September afternoon, I took my students from the nearby Corcoran School of the Arts and Design at the nearby George Washington University for a tour of the mall which ended with a visit to In America. We traced our approach from the steps of the Lincoln Memorial, where we saw White House helicopters circling the area above the facility. We later learned that it was President Biden looking at the memorial from above. A few minutes later, when we approached the facility from ground level, we stopped to listen to the sound of the breeze blowing its way through the sea of ​​flags, flapping and howling, calling and haunting. . We finally broke up, as my students moved around the massive facility. We’ve all gotten lost on each other for minutes, hooked by the handwritten note on a particular flag, brooding over another viewer’s reaction, or swept through the entirety of The Project and this pandemic. When we met, just before sunset near the billboard, we came together to take a break and understand what we’ve been through together. There we could feel the rush and release of grief and glimpse a prospect of responsibility. “

The real life of the “Aristocats” of the Hermitage Museum of St. Petersburg