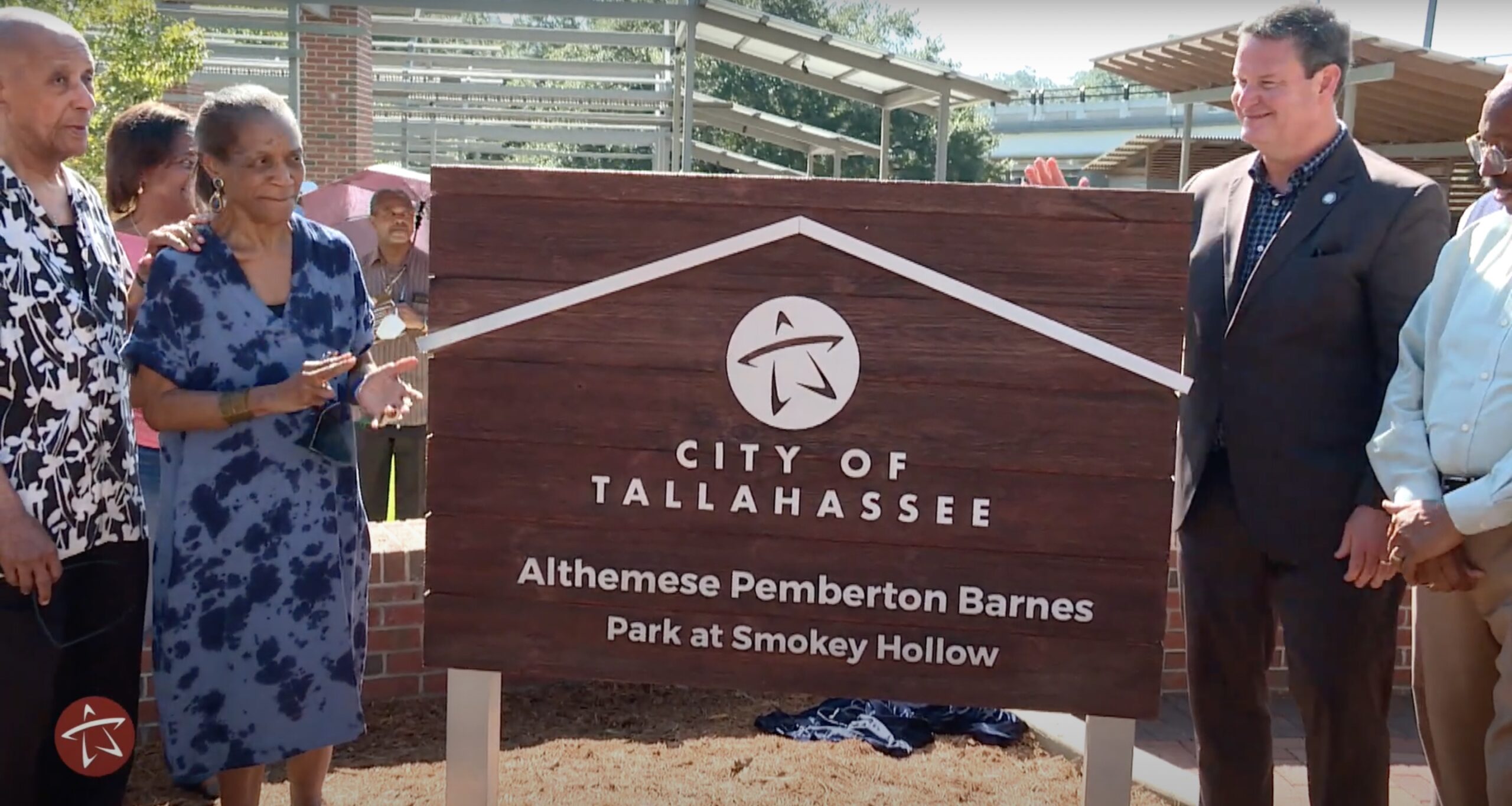 Local historians are at the heart of preservation in Tallahassee – and perhaps no more so than Althemese Barnes.

The city of Tallahassee recently recognized Barnes, an author, activist and conservative as well as a graduate of Florida A&M University, when it named part of Cascades Park in her honor.

The city is dedicated to honoring citizens whose life’s work has been to preserve Tallahassee’s history.

“Tallahassee is a city that remembers its past while focusing on the future, a city that works to foster a strong sense of community. The dedication of Althemese Pemberton Barnes Park in Smokey Hollow supports this vision by honoring a Tallahassee who has spent decades of her life enshrining local history,” the city said in a news release.

“Ms. Barnes is a true treasure of Tallahassee. Her commitment to preserving Black history has taught us all so much and will have a profound impact on generations to come. Residents like Althemese make our neighborhoods special,” Dailey said.

Katie McCormick, chair of the John G. Riley Center board of trustees, also congratulated Barnes on the honor.

“I can’t think of anyone more deserving of this honor today with the park’s renaming. It’s the sharing of resources that is central to Ms. Barnes’ career,” McCormick said.

Barnes gave a heartwarming acceptance speech thanking many for their support and years of dedication to Riley House.

“I called on other retirees to become volunteer ambassadors and help establish and grow the Black History Community Museum in Tallahassee. administration of Riley House to help put policies in place so that the doors to the house will open without a budget,” Barnes said.

Barnes left the crowd with a wise word that sums up how she got to where she is now, honored with a park in her name.

The new Althemese Pemberton Barnes Park in Smokey Hollow is within Cascades Park and is open to the public.