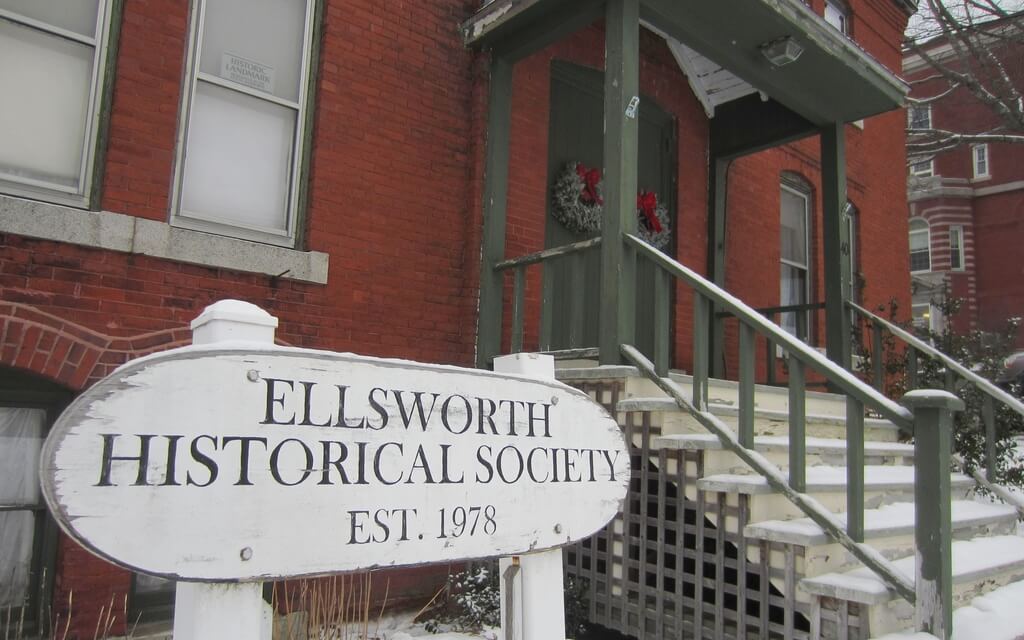 ELLSWORTH, Maine – The old Hancock County Jail is literally falling apart, and the Ellsworth Historical Society, which owns the building, can’t figure out how to fix it with a tight budget and a county so far unwilling to do so. compromises.

Three tall posts with netting stretched between them stand along the south-facing wall of the building to prevent any bricks that may fall from the facade from hitting passing vehicles or pedestrians as they come and go from the palace complex of county court.

It is estimated that it will cost between $700,000 and $800,000 to repair, according to Bill Fogle, president of the company. However, the society is struggling to cope with declining membership numbers and to date has not been able to find the necessary funds. Attempts to get help – or a compromise – from the county, which transferred ownership of the old jail to the corporation in 1998, have also failed.

Last fall the society offered to return the old jail to the county – an idea the county commissioners have so far rejected – and now they are asking the county to change the terms of the deed to allow groups community to use the building, in order to raise awareness of the plight of the building.

“The building reflects the destiny of society itself,” Fogle said. “We cannot maintain the building.

It is the second historic building in Ellsworth whose physical condition has caused public concern in recent years. In April 2019, the old Ticonic 4 fire station on Rt. 1A was demolished by its landlord after a group of residents were unable to rally enough public support to save the building.

Commissioner Bill Clark, who served as county sheriff for 34 years before being elected to his current position in 2016, noted that the company had several decades to properly maintain the old jail, which was built in 1886. The group rented the old prison. of the county for 20 years after the county built a new one in the 1970s, then took possession of the building 24 years ago.

“The intent was for you to be the stewards,” Clark told Fogle and Terri Cormier, another historical society official. “If you can’t keep it as a historic site and museum, the county wants it back.”

But if the old jail is returned, the county is unlikely to raise the funds needed for repairs, which include replacing the roof and rebuilding the south wall, the commissioners acknowledged. Tearing down the building and removing the debris wouldn’t be cheap either.

“It’s a complicated problem,” said John Wombacher, chairman of the commission. “There is no answer to that.”

Fogle said the public has become more aware of the dire situation at the old prison in recent months. The society has applied for, and is optimistic about, a $200,000 grant from the Maine Downtown Center and the Maine Historic Preservation Commission that would help pay for the repairs.

The work could be done in several phases, but the $200,000 is not enough to repair the slate roof, which is probably the first phase to be done.

The prison has been listed on the National Register of Historic Places since 2008, according to the Ellsworth Historical Society website. It is one of the few former jails that was built both as a residence for the county sheriff and as a site to house inmates, according to the society.

“Rooms at the rear of the residence also have ‘wicket’ openings, covered by heavy metal fixtures, through which the jailer could watch and communicate with the prisoners,” the website states.

The prison is also known as where Myles Connor, an infamous thief linked to the notorious 1990 art theft from Boston’s Isabella Stewart Gardner Museum, made a daring escape in 1965, after being arrested for stealing antiques at a neighbor’s house while visiting relatives. to Sullivan.

Connor escaped using a bar of soap he had sculpted into the shape of a gun and blackened with shoe polish. He surprised a prison guard with the fake gun when his cell door was opened, knocked him down and fled, evading capture for a few days as he lurked in and around Ellsworth until the police caught him again.

More articles from the BDN