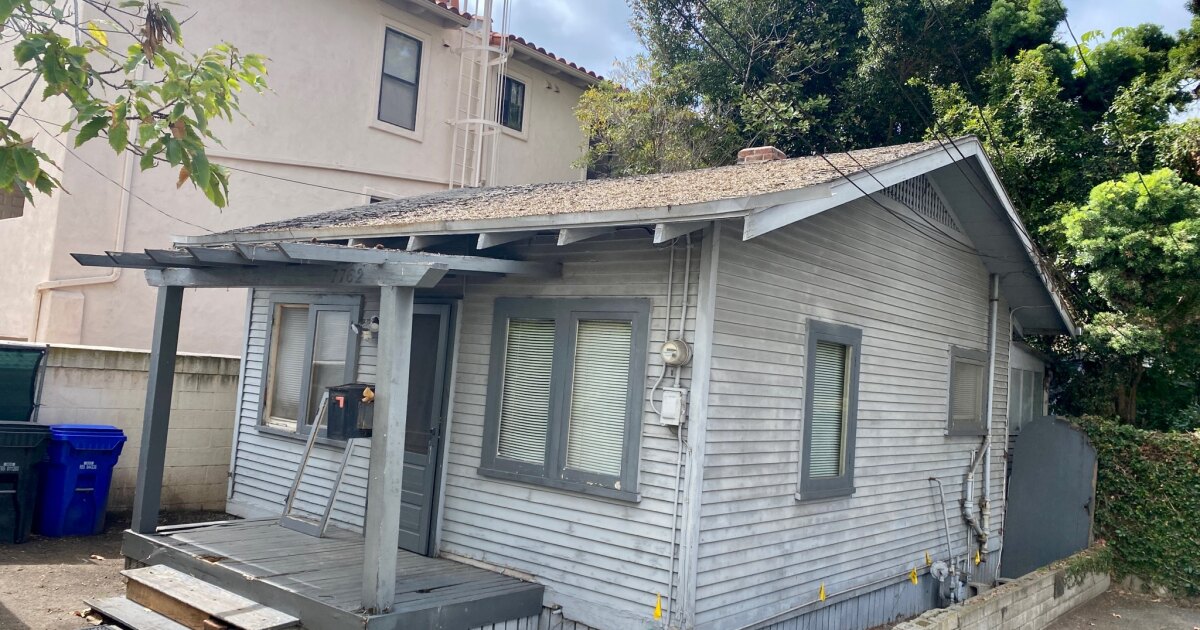 Over the next few months, a historically designated house will be moved from Bishops Lane in La Jolla to an adjacent property to make way for a new residential development.

According to the San Diego Department of Developmental Services, an application was filed Aug. 26 for a coastal development permit to build a 3,603 square foot single-family residence with lower-level accessory housing at 7762 Bishops Lane in the village.

The request will be submitted to local planning groups before construction begins. In the meantime, the Lillian Lentell chalet from 1913 will be moved to 817 Silverado Street. The house was designated historic in 2012 as a resource illustrating the development of the first beach chalets in La Jolla, with a period of significance from 1913 to 15.

â€œWe are moving the 30 foot cottage to the adjacent property in the lane closer to Silverado,â€ said owner and applicant Taal Safdie of Safdie Rabines Architecture. “It will be more visible from the street than today.”

She said the move “should be soon, in the next couple of months, depending on how long it takes for everything to line up properly,” and that trenches would be made around the property in preparation for the move.

Safdie said the future development will be in a “modern chalet” style with parking on the property which will be “completely separate from the front chalet”.

The site where the chalet is moved has another chalet. According to a report from the city associated with the project, â€œThe relocation of the chalet would create a complex of two coastal beach chalets, visually connected by a two-car garage with studio above, into a continuous beach chalet complex facing Bishops Lane, while overlooking Silverado Street. An external staircase will separate the chalet from the proposed garage and the addition of a studio between them.

The San Diego Historic Resources Board voted at its November 19 meeting to support the relocation of the Lintell House with mitigation measures to preserve it.

At the time, Courtney Coyle, a board member and resident of La Jolla, feared the new development would overshadow the old chalet.

â€œThere are a number of little chalets in La Jollaâ€¦ that have been built, and by the time they are completed it looks like a modern mansion and it loses its scale and the feel of these structures,â€ he said. she declared. “I hope for the best, but I have seen structures disappear … in the new construction, and I hope that doesn’t happen here.”

A construction schedule has not yet been established as the city has to provide comments on the request, which could be revised accordingly. ??