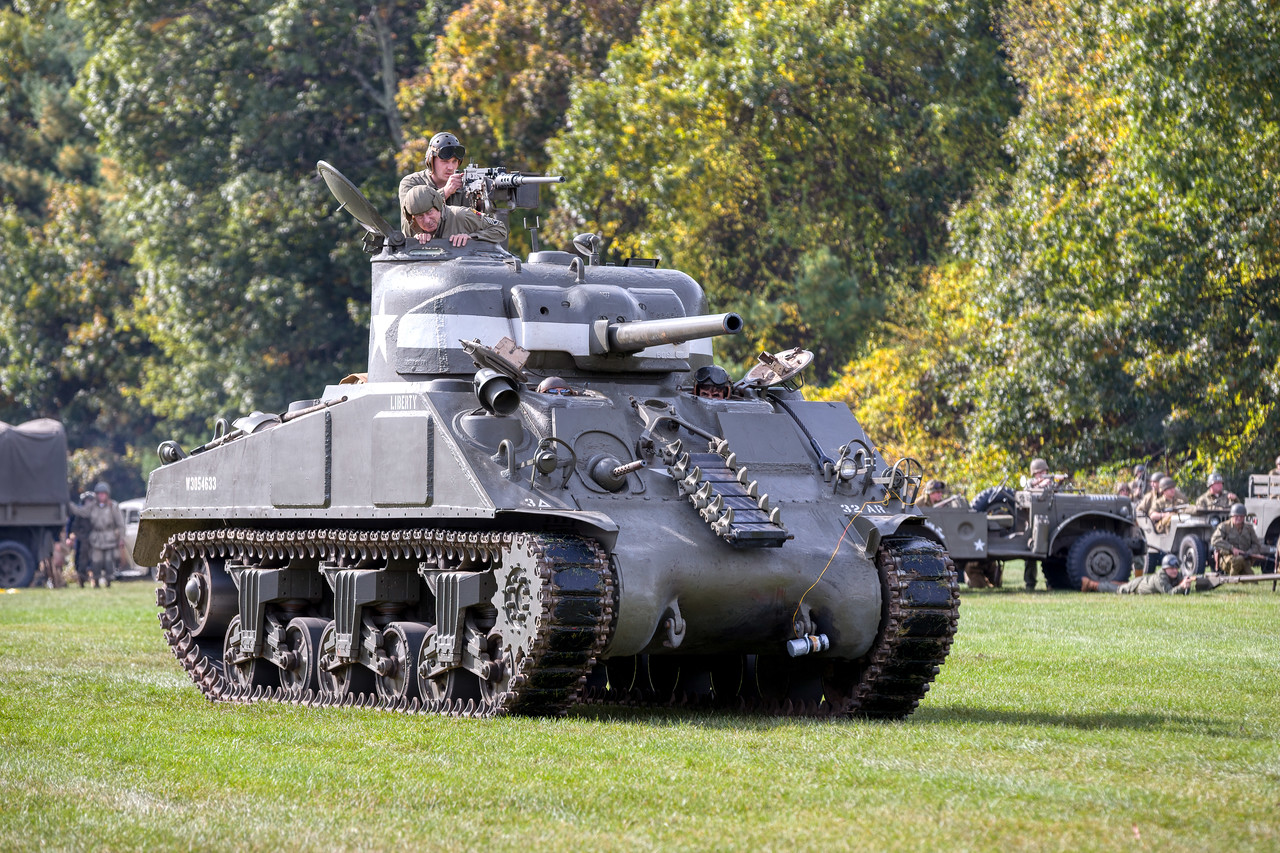 HUDSON – If you are looking for a real interaction with history, be sure to visit the American Heritage Museum in Hudson. Guests have the unique opportunity to view some of the world’s rarest aircraft, classic American automobiles, historic tanks, armored vehicles and military artifacts. There is something for every taste.

“We love it when people come to visit the museum for the first time; it’s such a surprise to them,” said director of marketing and communications Hunter Chaney.

He recommends giving yourself at least two hours at the museum, but notes that most visitors stay for the day.

“It’s a museum that’s in a 64,000 square foot building with over 80 major artifacts and hundreds more additional artifacts,” he said. “There is a lot to see.”

The American Heritage Museum opened in 2019, but due to COVID was closed for most of 2020 and had limited activity in 2021. Chaney said it was still a new museum this year. It joined the Historic Aviation Hangar and Classic Automobile Barn museums, which are open during summer and fall special event weekends and also based in the same premises. All three museums are operated by the educational nonprofit Collings Foundation, Inc.

It highlights American history and world history from the Revolutionary War and Civil War, through World War I, World War II, Korean War, Vietnam, Gulf War and the war in Afghanistan.

The museum is uniquely organized chronologically, so visitors follow history through a series of extraordinary exhibits and displays. An immersive World War I trench experience is offered, allowing people to truly understand what trench warfare would have been like.

“There’s nothing like this museum in the United States,” Chaney said. “The collection itself is very rare and spectacularly unique. The way it is presented also makes it captivating and something that appeals to people of all backgrounds and ages.

Chaney said the quality of exhibits is unparalleled and is likened to the Smithsonian.

“We really strive to engage people in the story,” Chaney said.

A tank demo weekend will take place on August 13-14 and spectators will see the M4 Sherman and M24 Chaffee. Tank driving demonstrations will take place throughout the event.

The weekend of September 17-18 is the museum’s first annual World War I aviation exhibit. The fully restored 1917 Nieuport 28 is expected to make its flying debut.

In October, the greatest living history weekend will take place. The Airfield Battle of WWII re-enactment will include a panel of veterans.

“Veterans come in to talk about what they did in World War II, which is increasingly rare to hear such a thing,” Chaney said. “When you add the human to the story, the history lesson becomes indelible. It’s a very important moment in history that we all need to remember. It gives people a much better appreciation of what’s going on. ‘has passed.

Veterans also play a key volunteer role in the operation of the museum. Visitors can really get a personal perspective on the history depicted.

The museum also strives to be an invaluable resource for area teachers. It is aligned with the state education framework.

“There are so many things in the museum that can be applied to what educators teach in the classroom,” Chaney said.

The museum is funded by voters, memberships, donations and admissions.

Chaney said there’s always something going on every week, and the list keeps growing with author talks, demos, and exhibits.

The Collings Foundation was founded in 1979 and its mission has been to restore and exhibit major historical artifacts and to provide people with living history style events and environments.

Jacques Littlefield was a collector of military tanks and before his death in 2009 he had an amazing collection of over 200 tanks and military vehicles. His family and his foundation chose the Collings Foundation to receive the entire collection which is now part of the American Heritage Museum.

The museum’s main entrance is located at 568 Main Street in Hudson and technically passes through Stow. It is open Wednesday through Sunday, 10 a.m. to 5 p.m. Standard admission is $20 for adults, $15 for seniors and veterans, and $10 for children 12 and under. The rate increases for event weekends when all three museums are open. See www.americanheritagemuseum.org or Facebook for additional information and special events.