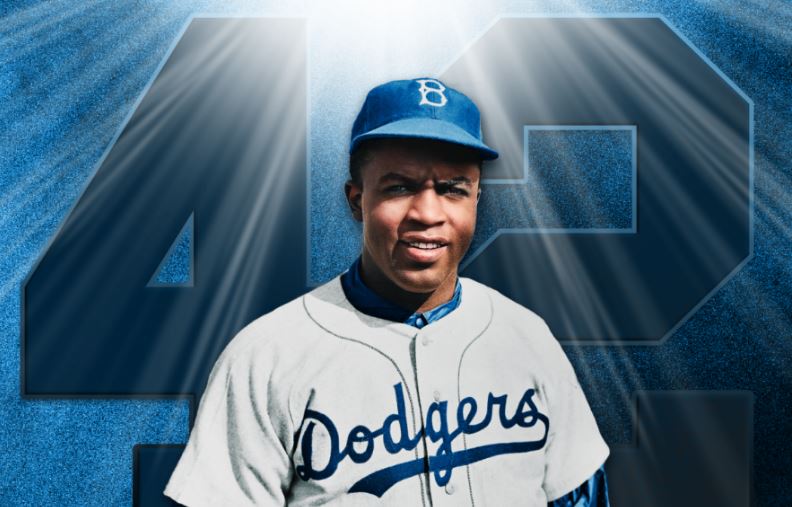 The museum will educate visitors by showcasing the life, legacy and accomplishments of Jackie and Rachel Robinson, and not just their role in transforming the American pastime, but their activism for social justice.

The recent opening of the Jackie Robinson Museum makes it the only civil rights museum in New York.

At 100, Mrs Robinson herself was there to cut the ribbon herself in front of a crowd of several hundred, including her two remaining children, Sharon and David Robinson, and several of her grandchildren.

Former Attorney General Eric Holder shared how Jackie Robinson inspired him growing up: “Jackie Robinson was one of my heroes…Jackie Robinson was key to my interest in the Brooklyn Dodgers. The first team to integrate. You couldn’t be a young black man in New York without rooting for the Dodgers. Seeing this museum is the culmination of a recognition that I think it deserved. I think it’s not just a testament to the past, it’s also a call for people to engage in the future as Jackie and Rachel want.

New York City Mayor Eric Adams expressed his feelings about the impact Jackie Robinson had on his life: “Just the belief that because something seems impossible, it’s possible. We cannot always find the safest path. He just inspired me… I was the borough’s first black president and I’m the second black mayor. Going through the challenges of breaking down those barriers, I just think a lot of us can look at his story… Other people think it’s not possible or doable, but he did. It is also a question of partnership. You can’t get away from his love affair with his wonderful wife and even during his transition, he continued. That’s why this museum is open. This is why the [Jackie Robinson Foundation] is fine. »

Major League Baseball Players Association Executive Director Tony Clark and MLB Players Alliance Vice President CC Sabathia offered their thoughts on what needs to be done to get more African Americans back on the field of game, as well as as managers and owners.

Clark said, “There’s a long answer and a lot of moving parts to that… As far as ownership goes, as far as management goes, those are decisions that ownership and management will have to make… We hope that ‘at some point At some point the light will indeed come on and the people making decisions on that side of the equation will appreciate the value of a more diverse ownership group and a more diversified…”

Sabathia said: “It’s a big deal…It’s [The Players Alliance’s] great mission, to bring the children back to play. When I played, I thought kids didn’t play baseball, but that’s not true. Children play baseball at a high rate, especially in our community. We just need to give them more opportunities.

Sabathia shed light on Major League Baseball’s development programs like the Hank Aaron Invitational and the Elite Development Invitational. Sabathia mentioned some of the players drafted this year who participated in these programs.

He said, “It’s just about doing [the programs] bigger and expanding and doing a better job of identifying kids who want to play baseball.

New York Yankees general manager Brian Cashman explained what the opening of the museum meant to him: “The Yankees were there from the start and we stepped up. [Former Yankees Owner George Steinbrenner] had a great relationship with Rachel Robinson… That means everything. First of all, I didn’t grow up as a Yankees fan. I grew up as a Dodgers fan, so I know the story of Jackie Robinson, the impact he had on not just the game of baseball, but the world, especially here in America. He changed things. We celebrate his life, his impact and of course a lot more work to do. He is a pillar of hope and strength for so many. To remind us where we left off, but also where we need to continue. It’s a pleasure to be here for the opening. It’s my commercial time, but when it’s Jackie Robinson, you stop everything and come.

Director Spike Lee and renowned journalist, biographer and author of the text on the very walls of the Jackie Robinson Museum, Howard Bryant, expressed their opinion on what impressed them most about the museum and what the opening meant to them .

Lee said: “…It was something Queen Rachel Robinson wanted for her husband and for herself. This is a place where it should be one of the best museums. Not just in New York. Not just in Washington, DC, but in the United States of America. You cannot underestimate the significance, the importance of Jackie Robinson…April 14, 1947 is a delineation…the day Jackie Robinson broke the color barrier and it is one of the greatest days in history. history of this country. That’s what it means.

Bryant said, “It means more than I can say… What matters most to me is that Rachel is here to see it. Being able to see a vision come true. She’s wanted it for over 20 years and being able to see it with her own eyes makes you cry. It’s really special. For me, what really impresses me is the dedication to completing a project because it was hard to do. We always say things like ‘Don’t talk about it, be about it.’ The number of people who are committed to making it happen tells you how important it is, and it tells you how, when you’re truly committed to something worthwhile, you can make it happen. You fight for it. You make sure everyone around you builds you up. It’s a testament to…Jackie’s commitment, Rachel’s commitment, the commitment of everyone who wanted this to happen and now it’s here.

Help us continue to tell OUR story and join the AFRO family as a member – subscribers are now members! Rejoin here!

Visit of the Blue House of the People: Cheong Wa Dae