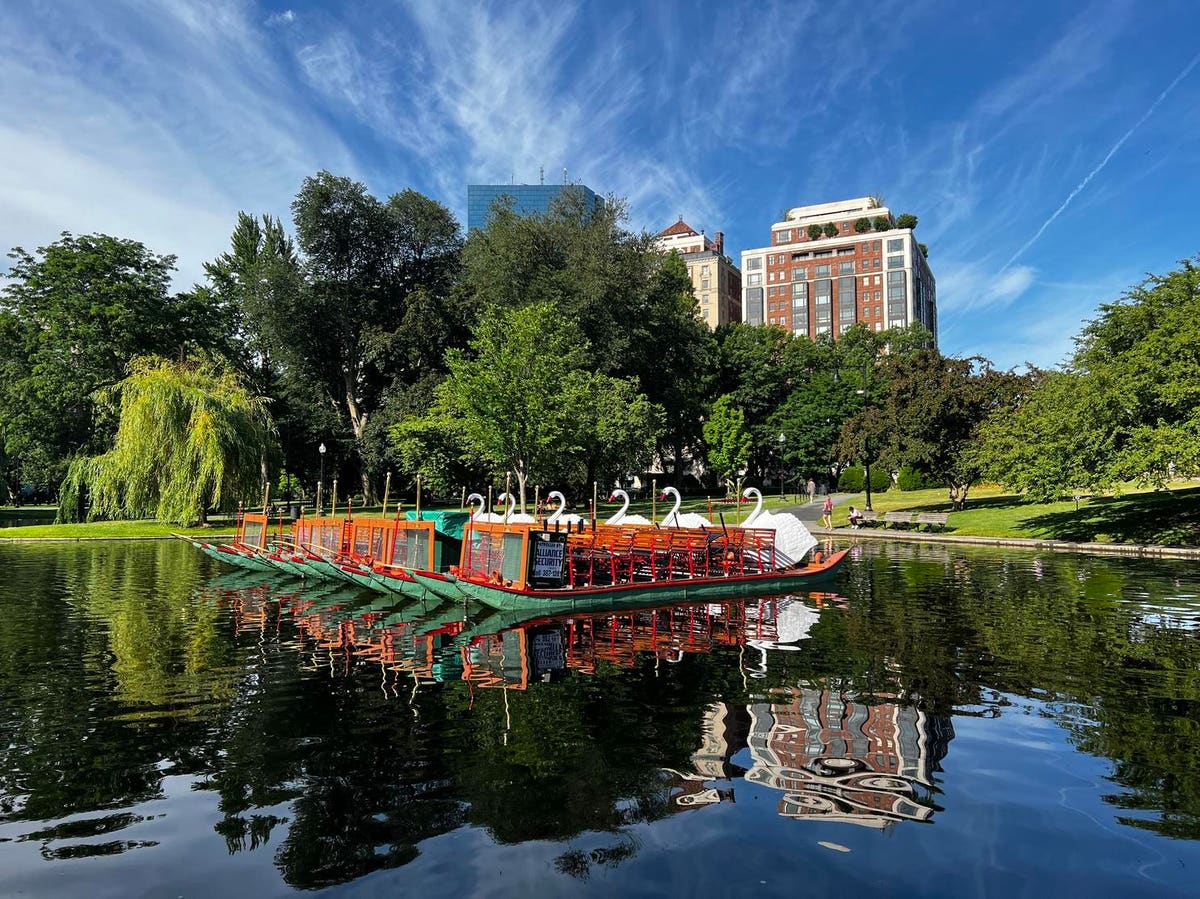 Boston is one of the most historic cities in the United States, offering opportunities to learn more about the country’s origins – not the whitewashed version of history many of us were taught growing up. , but the true stories of Native American colonization, the backstory of the Boston Massacre and the Tea Party, and the city’s role in abolition among them. Versions of these stories are accessible to people of all ages, and being at the site of so many important historical moments is thrilling.

And while Boston is a kid-friendly city — small, walkable, safe — with endless possibilities for fun activities, finding the right hotel base can be tricky. If you’re looking for family-friendly luxury, look no further than the Four Seasons Hotel Boston, conveniently located directly across from the Boston Public Garden (the nation’s first public botanical garden). Not only is this gorgeous hotel an oasis of calm for adults, it’s also a palace of fun for kids, with an indoor pool, three-story themed candy “vaults” that magically open with a room key and special check-in amenities that include locally made goods transported in a swan cart. It’s a win-win for everyone in your family.

The genius behind children’s programming at the Four Seasons Hotel Boston is creative director Jim Peters – the only person in the brand to hold that title – who tends to be behind the scenes but whose deep creative work sets this property apart deserves more. attention. He is responsible for the themed candy vaults, evocative of A series of unfortunate events in their sensory drama, which your kids (and you) can access 24/7. (Late-night cravings, anyone? Breakfast dessert? Watch this space for a feature on Peters in the coming months.)

Settle into a park-view suite with a king-size bed in one bedroom and a super-comfy sofa bed in another, easily big enough for two kids. Take a long soak in the deep soaking tub or a rejuvenating shower under the waterfall showerhead. The walls are thick, conducive to calm, and the blackout curtains also ensure a good night’s sleep.

Start each morning at Sottovento, the hotel’s charming cafe that’s open to guests only and offers free batch-brewed coffee, espresso drinks, and pastries, plus items to purchase. It’s one of the many touches that enhance the experience of staying here. The baristas are enthusiastic and talkative about the coffee, the neighborhood, and Boston in general.

Once fortified and ready to face the day, there are endless ways to spend your time. A good first-day plan to acclimatize to the city, and perhaps a new time zone, is to stretch your legs in the Public Garden, a glorious immersion in greenery and fresh air. Remember the beloved children’s book Place for the ducklings? You might remember that the protagonists of Robert McCloskey’s story made their home in the Boston Public Garden, so head over to Nancy Schön’s sculpture in their honor. (Google maps will take you there directly.)

Take a ride on the swan boats just around the corner for a new view of the park. Next, head to the Frog Pond Carousel on Boston Common, a separate park but adjacent to the Public Garden, where your little ones can revel in some nostalgic fun.

We planned a 2.5 hour historical tour for our first full day as we knew it would orient us and we really needed to get away from the long flight the night before. Our generous host, Daniel Berger-Jones, is the founder/owner of Cambridge Historical Tours, and as a theater actor and historian he is well equipped to tailor your exploration as you wish – on private tours he can customize both the course and the level of the speech, depending on your interests and the age of the people in your group. He focused our walk along the Freedom Trail, giving us a crash course in early American history.

Whether your kids eat oysters or not, you need to indulge in this local staple at least once. (For me, it’s once a day, minimum.) Our favorite spots are Neptune, Row 34, and Saltie Girl, but there are plenty we haven’t tried that are on the list for next time. . Another new favorite dining spot is Contessa, the latest from Major Food Group and designed by Ken Fulk in lavish style. On the roof of the Newbury Building, which was once the Ritz-Carlton, Contessa offers a classic Northern Italian menu with solid pizzas.

Back at the ranch, take a dip in the spectacularly peaceful indoor pool on the eighth floor. It’s warm in all seasons, it’s mild, it’s right next to the gym, and there’s a hot tub for some extra decompression.

Like Sottovento, the hotel’s main restaurant, Aujord’hui, is a private dining space for hotel guests only, and it feels like an upscale private club — inside an art gallery. While Peters designed the spacious room to bring the feel of the park inside – there are statues playfully depicting the four seasons, pun intended – he also teamed up with DTR Modern Gallery to bring to the forefront plan an eclectic rotating art collection. And chef Patrice Martineau’s cuisine reflects both his French roots and local culinary traditions. (His cooking is also shucking a nasty oyster.)

Don’t miss the Bang & Olufsen digital record player at the bottom of the grand staircase. Simply choose your vinyl record, place it on the player and bask in the sound bath that follows. This little corner of the hotel might be the best metaphor for the whole shebang: it’s a paradoxically classic, 21st-century gesture, with its feet firmly planted in both arenas, just as the hotel is, through and through. .

When it comes to your next days on the town, consider the following choices, depending on your family’s interests and age:

The New England Aquarium is an impressive enterprise, dedicated to ocean exploration and marine conservation, with thousands of animals in residence, from African penguins to California sea lions.

You can easily spend an entire day at the Boston Museum of Science, but you can also delve into it for just an hour. There are interactive exhibits for all ages, as well as several daily planetarium shows.

Younger ones will love the Boston Children’t Museum in Fort Point Channel where they can pull out their yayas while learning a thing or two about gravity or geometry.

If you have time for a day trip, consider taking a ferry to Spectacle Island, famous for its sea glass and clambakes, not to mention its sunsets.

Whichever direction your visit to the city takes, the Four Seasons Hotel Boston is an ideal luxury launch pad for family travel at any pace. The staff give way every day to the ducklings of the human species, and with graceful aplomb.