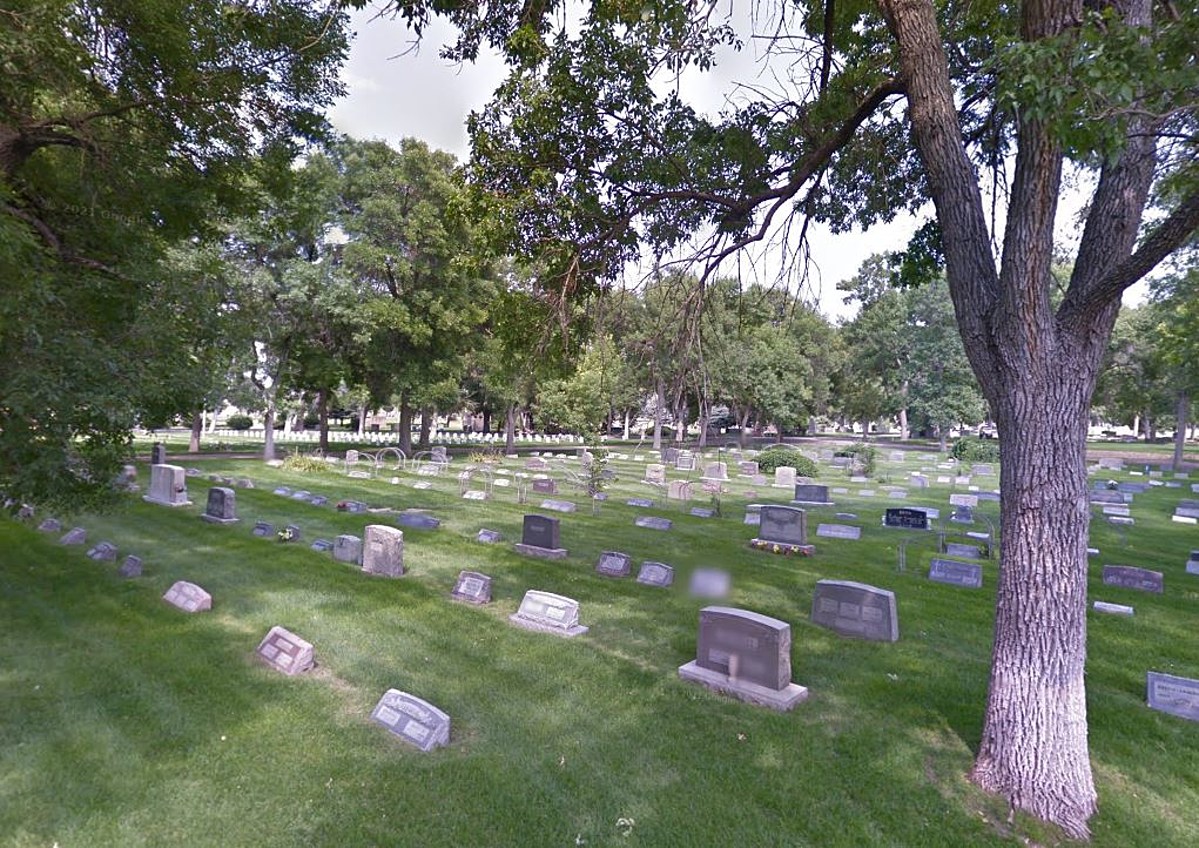 Walking through any cemetery can be quite scary, but evergreen graveyard in Colorado Springs is particularly strange – even for most people who work there.

Indeed, historic cemeteries in El Paso County are believed to be haunted. Evergreen Cemetery was even featured on an episode of Biography Channel “My Ghost Story” during which several people described out-of-the-ordinary experiences that took place in the spooky place in Colorado.

More than 90,000 people are buried beneath the 220 acres of Evergreen Cemetery, but residents aren’t sure which of these souls is responsible for the ongoing bouts of paranormal activity that occur at the site.

History of the cemetery

Evergreen Cemetery was established in 1871, shortly after Colorado Springs was founded. Another cemetery was needed, due to the increasing growth in the area. However, several of the plots inside the cemetery date back even further to the 1860spredates the city altogether.

The cemetery was donated to the city of Colorado Springs in 1875 by the city’s founder, General William Jackson Palmer. Many notable Coloradans are buried here, including the poet Helen Hunt Jackson and General Palmer himself.

In 1910, a small chapel was built to store coffins and accommodate funeral services. Coffins were often kept in the basement of the chapel during cold winters, especially when the ground was too frozen to dig up. A hoist was used to lower the coffins and raise them. To this day, stains from the bodily fluids of those who died in the late 19th century are still visible on the subterranean slabs in the chapel’s basement.

In 1993, Evergreen was listed on the National Register of Historic Places. It is only the second cemetery in the state of Colorado to receive such an honor.

RELATED: Legend Says A Vampire Is Buried In This Colorado Cemetery

Stories involving the presence of spirits in the cemetery have been swirling around for years.

Most haunted events tend to take place inside the historic chapel. Not only are strange and unexplained noises often reported, but there have also been some frightening sightings. Dark figures were seen inside the small building, usually near the coffin lifter and near the staircase.

On two separate occasions, different women had very similar experiences when visiting the basement of the chapel. Both women reportedly felt a cold wave of negativity flow through them as they descended the stairs. Once they got downstairs, both women said they felt extremely uncomfortable.

According to cemetery staff, on several nighttime visits, guests observed a flying figure hovering over a group of headstones. The unknown cat-like entity is said to be about five feet long and its body does not touch the ground.

Finally, a curious cemetery volunteer named Michael Coletta took it upon himself to bring a KII meter to get a better idea of ​​the spirits that linger on the property. Unsurprisingly, abnormally high readings were recorded near the stairwell. Coletta said the experience gave her goosebumps.

Coletta’s unusual readings caught the attention of Biography Channel. In 2011, a television crew was brought to the cemetery for further investigation. During the filming of the episode “The Hand of Death” the spirits certainly came to play – Honestly, Hollywood couldn’t have directed it better. Coletta was in the basement of the chapel reading for ghosts when a very heavy wooden crypt door in the middle of the room opened by itself. No wind was present to cause the door to open. Then the door also closed by itself. The whole scenario was filmed, proving that no ropes, winds or wires caused the movement. Also, cemetery staff explained that the century-old doors are difficult to open and usually stick a little. To this day, no one can explain how this happened, and the door never moved on its own again.

It’s stories like these that lead even some of the biggest skeptics to believe in the paranormal.

Cedar Hill Cemetery is one of the most historic cemeteries in the state.

Take a virtual tour of the haunted cemetery in downtown Colorado

The abandoned cemetery in Central City, Colorado is said to be one of the most haunted places in the state.

Colorado’s Mount Vernon Cemetery has only two marked graves, and although small and off the beaten path, it is an important part of the state’s history.