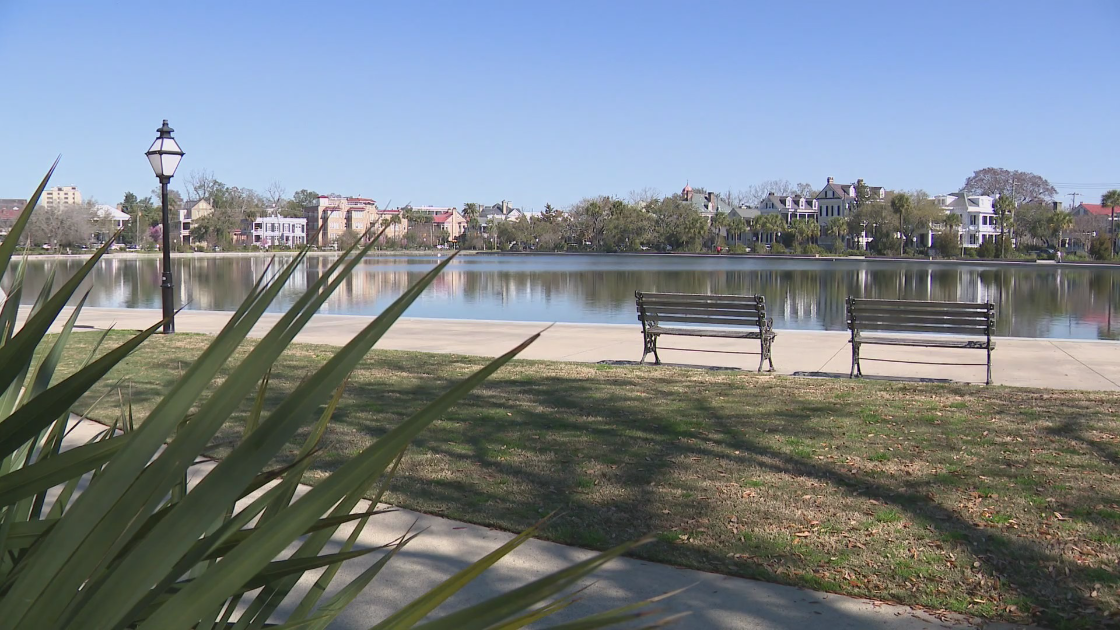 WAVY-TV 10 is investigating solutions to protect Hampton Roads from rising seas. This is the third part of our series of investigations, “Living by the water”. For this story, our team of investigators traveled to Charleston, SC to see how this community is responding to recurring flooding and if these solutions could work in Hampton Roads.

CHARLESTON, SC (WAVY) — Lee and Allen Kaplan still feel like they’re on vacation, even 25 years after moving to Charleston.

“It’s fascinating because you keep finding new things,” Lee Kaplan said of walking through the city. “We constantly change the routes and the houses look different at different times of the year. You peek into the gardens and look, especially now because you’re going to plant. It’s always wonderful.

The Kaplans live in a historic house on Logan Street. It was built in the 1860s in the infamous “Charleston single house” style – long, narrow and close to sea level.

“It’s just brilliant and the light is wonderful,” said Lee Kaplan. “Rooms go all the way. It’s actually a big party house. But just the flow. We love the flow. It’s just intimate.

“We’ve certainly seen an increase in flooding in recent years, which is definitely attributed to climate change,” said Erin Minnigan, director of preservation at the Preservation Society of Charleston.

“In recent years, we’ve also experienced more severe storms, which cause truly devastating damage to our built environments,” Minnigan continued. “In response to this, our city has become very proactive in exploring adaptation strategies to protect our very sensitive and important historic buildings for future generations.

The Kaplans are among those who suffered recurring property damage from the floods. For years they made it through localized flooding without too much trouble, but then a series of storms brought water to their crawl space.

“At least four times we’ve had the flooding under the house in the crawlspace, which destroyed the ductwork and some electrical work,” Allen Kaplan said. “After the fourth time, we said we couldn’t do that because the fifth might come into the house.”

The repetitive damage also disqualified the couple from their private flood insurance. Instead, they had to pay nearly $10,000 a year for a National Flood Insurance Program policy.

“We knew it was going to get worse,” Lee Kaplan said.

That’s when the Kaplans decided to hire Rockwell Construction to lift their house six feet off the ground. Due to the value of their home, the Kaplans were ineligible for federal assistance to pay for the project. They dipped into their savings and took out a home loan. The project took about six months and cost the couple more than $500,000.

“I think one of the issues is affordability. Not everyone is able to do that,” Allen Kaplan said.

The Kaplans are among a growing number of Charleston homeowners paying out of pocket to raise their historic homes out of floodplains. The solution was only recently adopted by the city and its conservators, who were originally concerned about the negative impacts that the elevation of historic homes and buildings might have on the original structures.

“Ten years ago, if you asked me if we would support raising buildings like this, I would have laughed,” said Winslow Hastie, president and CEO of the Historic Charleston Foundation.

“Is it better to leave a historic building, in its original configuration, to be flooded again and again, where the owners will not want to invest in this building and will leave it, and then it will languish empty? Frankly, this is not a good preservation measure, because these buildings need owners. These owners invest significant funds not just to do things like this, but just to maintain them year after year,” Hastie added.

FEMA has paid millions of dollars to raise more than 120 homes on Hampton Roads over the past decade, but industry expert John Sargent says that’s not enough to keep our area afloat.

That’s why Sargent brought the Home Raising Academy to Hampton Roads. The Home Raising Academy was funded by a $250,000 RISE Resilience Grant. This is a workforce development program that provides home elevation training, including information on floodplain management, financing, insurance, and community awareness. The goal is to equip the region’s workforce for what Sargent believes is an increasing need for house elevations as sea levels rise.

Sargent began offering the Home Raising Academy in April 2020 and has seen participation from a variety of sectors including construction, engineering, local government, real estate and architecture.

Sargent believes that raising the house is not the right solution for every structure. Depending on the flood zone and property condition, some properties are better returned to wetlands and some homes need to be rebuilt – solutions already seen on Hampton Roads.

“But for a good portion of properties that are in excellent condition, especially those with a historic component, which are generally solid and well-built, raising a home is something that will see you through future mortgage cycles,” a- he declared. .

Transformation of the Stutz building will include new businesses, a museum