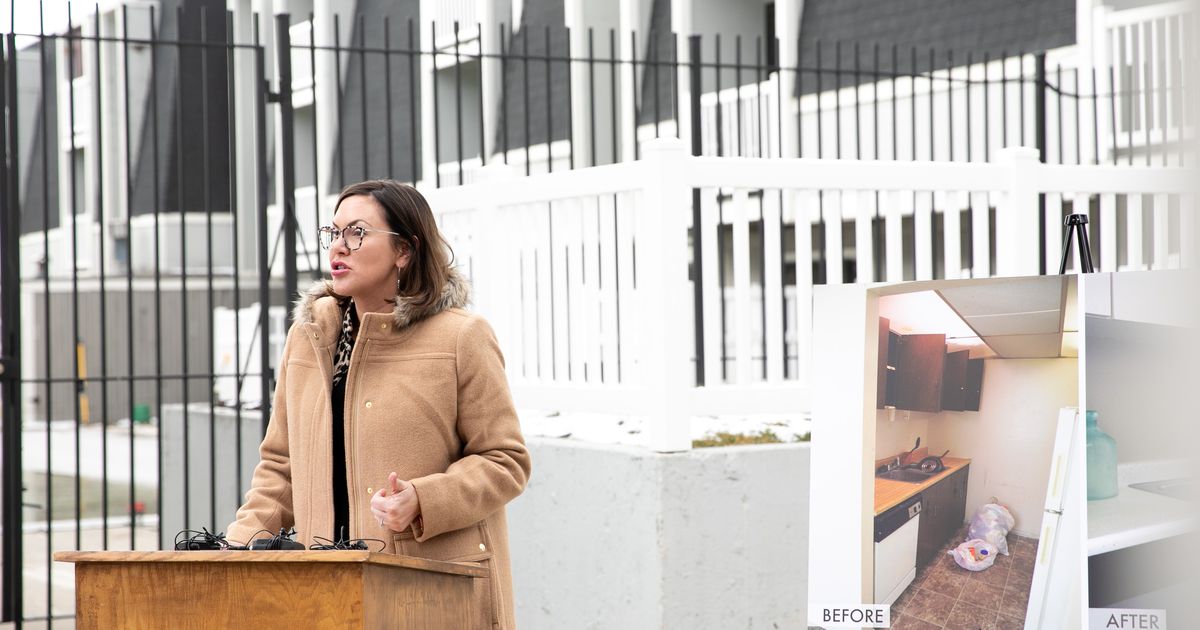 A program offers a solution to Utah’s lack of affordable housing.

This story is part of the Salt Lake Tribune’s ongoing commitment to identifying solutions to Utah’s biggest challenges through the work of the Innovation Lab.

With peach season only lasting a few weeks, it can be a race against time to can and preserve all the peaches in the home of West Valley City Councilman Scott Harmon before they go bad. spoil. But saving the peaches and not letting them rot reminds Harmon of the nonprofit work of the Utah Housing Preservation Fund (UHPF).

Founded in 2020, UPHF strives to preserve the existing affordable rental stock from being sold, refurbished and listed at unaffordable prices. Since launching the nonprofit just over two years ago, they have purchased and retained 390 units (currently 164 units under contract) throughout Salt Lake County.

UHPF purchased the 90-unit property, located at 3043 West 3500 South last October. Each unit has two bedrooms, washer and dryer, full kitchen and new appliances. Renters pay around $1,100 a month to live in the apartments across from a Trax line and a short distance from downtown West Valley. The average rent for a two-bedroom apartment in the area is about $1,400, up 24% from a year earlier, according to Zumper.

With the purchase of the Village of Aspen, UHPF fund manager Doug Harris said he was able to prevent the displacement of 90 families and house 13 refugee families, three homeless families and multiple victims of domestic violence.

The need for more affordable housing is growing faster than in the state of Utah. Over the next three years, Christina Oliver, director of housing and community development for the Department of Workforce Services, said the state stands to lose 4,000 affordable homes when leases expire. Additionally, Oliver noted that nearly 73% of renters were shut out of Utah’s rental market in 2020.

“We are concerned that our children and grandchildren cannot live in our state, let alone live in the neighborhoods in which they grew up,” Oliver said. “We fear they may have to move.”

UPHF’s mission is supported by various stakeholders, such as Intermountain Healthcare, the Clark and Christine Ivory Foundation, and Zion Bank, who donate money to the cause. UHPF has secured an additional $100 million to continue to maintain affordable housing through its efforts, including approximately $30 million from the State of Utah.

“We have to be honest with ourselves.” says Oliver. “If we have affordable housing in our community, we need to preserve those units and we need to invest in funds like the Historic Preservation Fund.”

The governor’s budget recommends setting aside $100 million for affordable housing across Utah, which has legislative support, but the funds have not been officially allocated.

Going forward, UHPF hopes to raise more money and work with more stakeholders to expand its footprint across the state, such as Summit County and Washington County.

“Preserving affordable housing with the intent to keep it indefinitely makes us a permanent part of the solution,” said UHPF’s Doug Harris, “and a response to the affordable housing crisis – a crisis that will impact lasting on Utah and on the Utahns.

Editor’s Note: Clark Ivory is a member of the Innovation Lab Advisory Board.