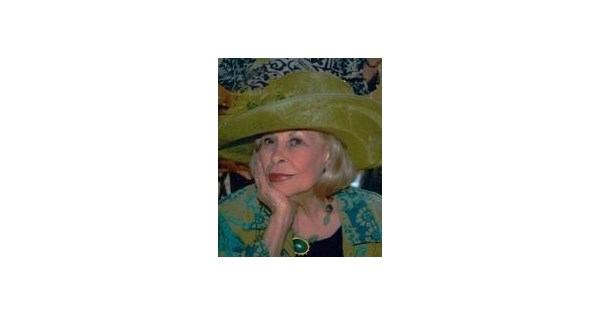 By Robin L. Hopp Last updated Feb 20, 2022
Share
Virginia (Din) Obrecht Dulworth
March 21, 1928 – February 15, 2022
Lexington, Kentucky – Virginia (Din) Obrecht Dulworth passed away unexpectedly and peacefully on February 15, 2022. Born Virginia Puckett Obrecht, Jr., on March 21, 1928, she was the daughter of Stanley Richard and Virginia Puckett Obrecht of Tell City, Indiana. She was a 1946 graduate of Tudor Hall (now Park-Tudor), Indianapolis, a school for which she maintained a lifelong affection and connection. In 1948, she graduated from Briarcliff Junior College in Westchester County, New York. Subsequently, she attended the University of Louisville School of Music at Garden Court. Throughout high school and college, Din honed his gifts as a pianist, writer, poet, and artist. She was the cover-to-cover illustrator of the 1946 Tudor Hall yearbook and contributed to Briarcliff yearbooks with her poetry and prose. It was published in Highlights Magazine for Children. She was a member of Sister in Crime writers and contributed to their two published anthologies Low Down and Derby and Mystery, With a Splash of Bourbon. Those who have spent time with her know her love of entertainment with a classical or original piano piece or a retelling of one of her truly witty poems. She was a woman of charm, grace and humor; a unique person whom most people she came into contact with fondly remembered. She was married to Early Vaughn Dulworth of Louisville, KY., a real estate developer, builder, and businessman, until his death in 1989. Throughout their marriage, Din was a loving mother to their three daughters and a constant volunteer. Although she was never employed, she was a manager, leader and worker for a multitude of non-profit organizations between Louisville and Lexington. During her early years in Louisville, she illustrated the cover of a Louisville Orchestra poster and performed as an extra in Louisville Opera Association productions. She was president of the Episcopal Young Church Women for St. Matthew’s Episcopal Church. She ran the Clothes Closet at Christ Church Cathedral (Louisville) for a decade. Under his leadership, the Clothes Closet became the leading charitable provider of clothing for underprivileged children. His main concern was to ensure that the children did not miss school for lack of appropriate clothing. She was especially proud to have brokered partnerships with Fruit of the Loom and the Louisville Jaycees to help her with this mission. She was named a Docent Emeritus at the Speed ​​Museum in appreciation for her years of service. Noted for her ability to provide entertaining and informative tours of the museum, she also instituted an outreach program, “Prime Time”, to bring slide programs to local facilities for seniors. She was the corresponding secretary of the Anglophone Union. She has recorded books for the Kentucky School for the Blind. She was a guide at the Kentucky Horse Park for the Chinese and other special exhibits. Its members included the Pendennis Club, Rock Creek Riding Club, American Saddlebred Museum, Filson Historical Society, Highland Mother’s Club, Tell City Historical Society, Griffin Gate Garden Club, and others. As a native Hoosier who had adopted Kentucky as her home state, she was especially proud of her membership in the Honorable Order of Kentucky Colonels. Along with her late husband, she was named to the Rock Creek Riding Club Hall of Fame for her service to the club and its members, especially the Rock Creek Juniors. Born in Tell City, an establishment of the Swiss Colonization Society, she was closely tied to her Swiss roots. Armed with an adventurous spirit and accompanied by her daughter Jenny, she traveled in 1978 to Switzerland in search of her Obrecht roots. She found the graves of her ancestors and of the Obrecht family still living in Wiedlisbach, canton of Bern. She returned twice to Switzerland, once with her daughter Jane Jacobs and her family, and once with her grandchildren, Evan and Lauren Albert. She remained in contact with her Swiss family throughout her life. In 1997, Virginia moved to Lexington to be closer to her daughters who all lived in central Kentucky. She made her home in the Griffin Gate community where she immersed herself in her new surroundings and made a host of new friends. She particularly enjoyed the weekly residents’ evenings and the UK Game evenings at the Clubhouse. She was predeceased by her parents, husband, daughter Joan Vaughn Dulworth (Smith), brother Adolph C. Obrecht II, brother and sister-in-law Mr. and Mrs. Stanley R. Obrecht Jr. (Viola ) of Kokomo, IN. ; his aunts Sarah Puckett Randall, Margaret Puckett Gaines and Charlie Puckett Moore, and his uncle Joseph D. Puckett. She is survived by her daughter Virginia (Jenny) Lee Dulworth Albert (Steven M.) of Lexington, her daughter Jane Christie Dulworth Jacobs (Brent A.) of Georgetown, her son-in-law Joseph T. Smith of Harrodsburg; grandchildren Brooke Christie Jacobs, Lexington, Evan Obrecht Albert, Louisville, Lauren Virginia Albert, Atlanta and Vaughn Hannah Halsey Smith, Cincinnati; sister-in-law Carol Ann Dulworth Tourtelotte, Kansas City, KS; nieces Julie Obrecht O’Keefe (Kevin), Kokomo, IN, and Gina Obrecht Logan (Doug), Columbus, IN.; his Swiss cousins ​​Ulrich and Ruth Obrecht, Wiedlisbach; and loving and caring friend Tara Hopkins, Lexington. Memorial contributions may be made to the American Saddlebred Museum, 4083 Iron Works Parkway, Lexington, KY, 40511; the Tell City Historical Society, PO Box 728, Tell City, IN, 47586; or your favorite charity. Kerr Brothers Funeral Home, Main Street, Lexington, is making arrangements.

Published by Lexington Herald-Leader on February 20, 2022.