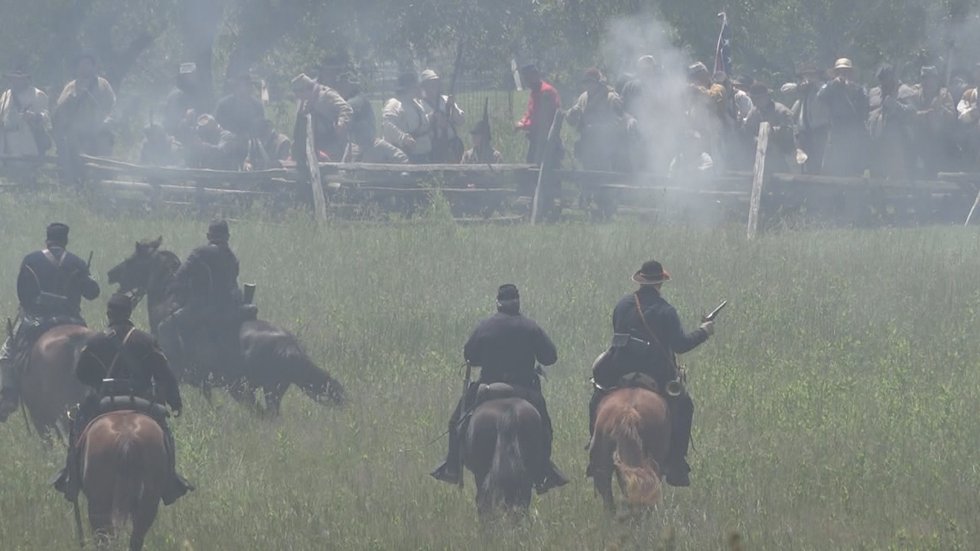 NEW MARKET, Va. (WHSV) — Since the 1970s, the Civil War Museum of Virginia in New Market has hosted annual re-enactments of the Battle of New Market on May 15. However, this tradition ended unceremoniously.

The museum has taken the decision to definitively stop the reconstruction.

This comes after the replenishment in 2020 and 2021 was canceled due to COVID-19. The museum cited declining visitor numbers and rising costs over the past decade as two of the main reasons for its decision.

“It seemed a bit inevitable to us. Not only have we seen fewer and fewer spectators each year for the re-enactment, but we have also seen fewer and fewer re-enactors. Even a lot of guys who live here are starting to retire,” said Sarah Hebert, supervisor of historical interpretation at the Virginia Museum of the Civil War.

The museum said COVID-related funding and staffing shortages hastened the decision, along with an increase in security concerns at re-enactments.

“Everyone is struggling with funding issues. Many museums have closed due to COVID, and we are lucky to still be open. So that seemed like the right way to go. We will miss some aspects of it, but hopefully we can do something in the future that brings more of an educational side,” Hebert said.

The museum still plans to hold living history events for the anniversary of the battle and will do so this year in May.

“We’ll be doing artillery demos and also just black powder demos so people can see the whole process of loading and firing a gun and how in-depth it is, and that’s something you miss out with a re-enactment,” said Hébert.

Other educational events and programs will include period games and cooking demonstrations as well as interactive story activities for children.

“We’re able to bring more people back here, volunteers and staff, to kind of tell the whole story. It’s not just the battle itself. It’s the preparation for the battle, how people prepared for it if you were in that area, and the aftermath as well,” Hebert said.

Elsewhere in the New Market, the Shenandoah Valley Battlefields Foundation recently scored a victory in Richmond by protecting a historic mill in Winchester.

“During the Third Battle of Winchester this house was used as a hospital site. There are recorded statements from men who were treated there and returned after the war,” said Nicholas Picerno, president emeritus of the Shenandoah Valley Battlefields Foundation.

House Bill 1278 was signed into law by Virginia Governor Glenn Youngkin. He authorized the Virginia Department of Wildlife Resources to transfer the 38-acre property to the foundation.

“We were able to demonstrate the historical significance of the property. We also believe that there are probably still soldiers from the war buried on this property, as it was a hospital site,” Picerno said.

The foundation will now be able to preserve and protect the historic property.

“Hunting for relics will be illegal on the property. A law was passed last year that makes it illegal to hunt for relics on property owned by a battlefield foundation. It’s a first-class misdemeanor,” Picerno said.

The foundation is working to restore its properties as close to how they looked during the Civil War. He also carries out archaeological work there and installs interpretive beacons to inform visitors about the property.

On May 14-15, the same day as the anniversary of the Battle of New Market, the Shenandoah Valley Battlefield Foundation will host a living history event with battle recreations in McDowell, Virginia for the 160th anniversary of the battle. by McDowell.

Regarding the Battle of New Market, you can read the museum’s full statement on its decision to halt the re-enactment below.

Since the early 1970s, New Market Battlefield State Historic Park has hosted one of the nation’s oldest annual large-scale battle reenactments. However, for over a decade we have seen a decline in attendance and attendance as event costs have increased. In addition, ensuring the safety of staff, spectators and re-enactors has become more complex. In response to a dramatic increase in documented issues during large reenactments, we have found it necessary to increase security efforts to address these potential threats.

As a result, we have decided to end the annual May 15 replenishment. A series of public activities, including tours, lectures and small-scale living history presentations, will mark the May 15th anniversary of the Battle of the New Market.

We will continue to be a place of civilian and military living history that encourages individual interaction between historical interpreters and visitors. We are committed to providing a meaningful and enjoyable experience for our visitors in their desire to understand life in Virginia during the Civil War.