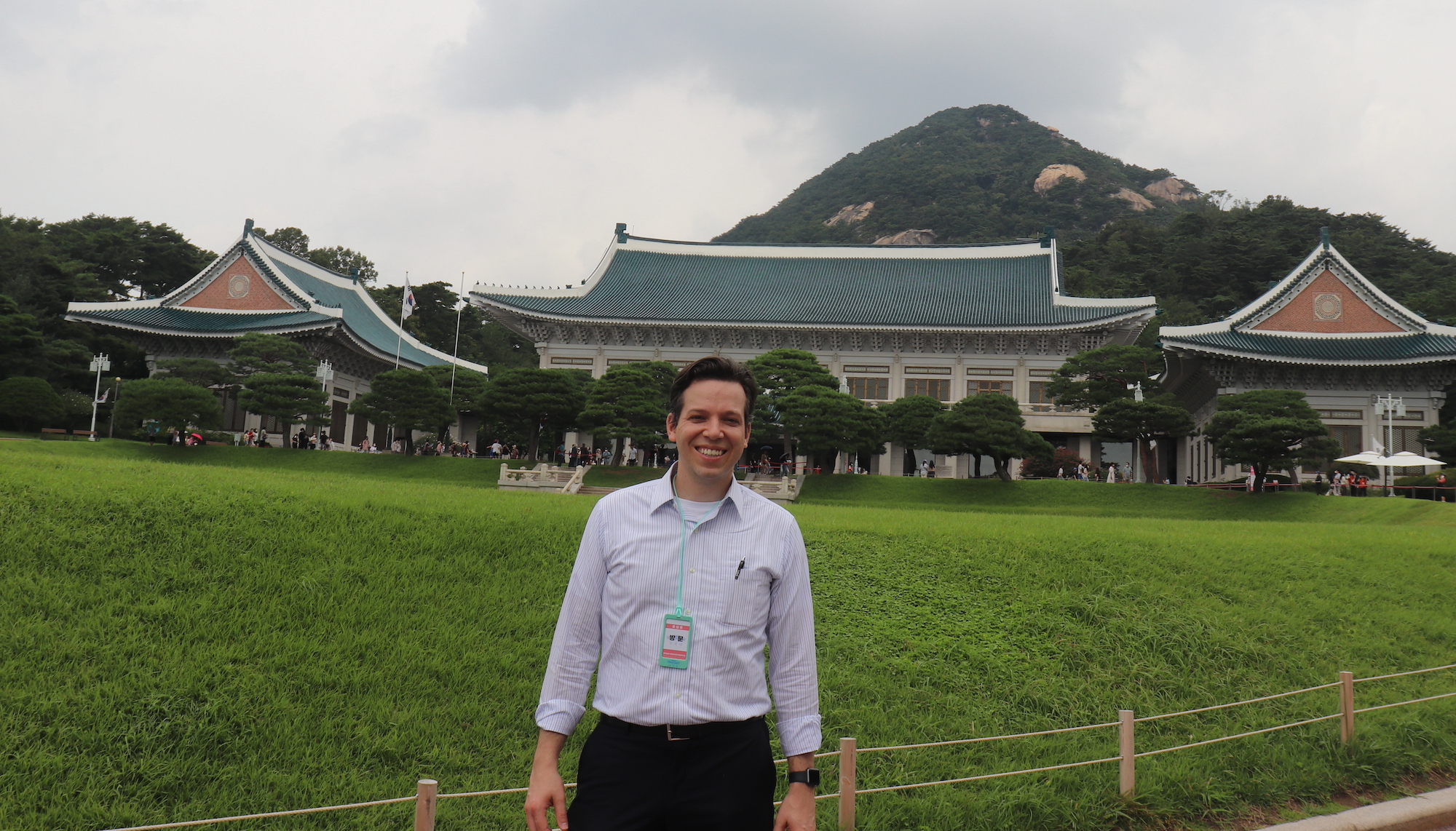 Visit of the Blue House of the People: Cheong Wa Dae

By Robin L. Hopp Last updated Aug 24, 2022
Share
Your reporter was one of the few foreigners in Cheong Wa Dae on Monday.

Remember the days when you could visit the White House without contacting a member of Congress and waiting more than three months?

I’ve never done it, but times have changed since we thought of it on my 12-year-old Lions Club trip to Washington DC. Between the security measures introduced after 9/11, the lingering pandemic, and the January 6 attack on the Capitol in 2021, it is amazing that the centers of power in the United States are still open to the people.

Now imagine if you could see the Oval Office up close, walk through the West Wing hallways, and even sneak a glimpse of the residential neighborhoods.

This is what Korean citizens can now do at the Blue House, their own symbol of post-war presidential power where the Republic of Korea was created until the inauguration of the president Yoon Suk-yeol in May this year.

During the campaign, Mr. Yoon vowed never to set foot in the complex of buildings nestled in the hills north of Seoul. Gyeongbokgung Palace. Instead, he led a controversial relocation of presidential offices to the Ministry of Defense compound in Yongsan five miles to the south.

Cheong Wa Dae, known for the deep blue handmade tiles of the main building, is now a monument to the 12 heads of state who lived and worked there, a tourist attraction rather than a working presidential office.

The area itself was used by dynastic rulers for hundreds of years, but its iteration as a place of modern power has been relatively ephemeral by historical standards: the iconic office building in the center of Cheong Wa Dae , in front of a huge lawn and raised with earth works to raise its imposing profile, opened only in 1991.

Now, rather than security forces, a national lottery system controls access to groups of up to six people. People aged 65 and over receive the top spots on tickets, and around 3 million guests have visited since slots opened three months ago.

Criticized by some for the estimated $40million cost of the move, Mr Yoon reportedly felt the new offices would better connect the country’s democratically elected leaders to its people rather than being cordoned off in a private compound. He and others criticized Cheong Wa Dae as a symbol of an “imperial” presidency.

As well as offering a built-in bunker, Mr Yoon also argued that the new space would bring more transparency – a park set to open nearby would supposedly allow people to see the president at work – while also making his office more efficient.

It is hard to argue with this latter perspective. At 63 acres, the rolling grounds of Blue House cover an area three times the size of the White House footprint. The president and his officials often had to transition between widely spaced buildings. At the very least, consolidation might help save walking time.

That said, the Blue House had a sense of cultural gravitas, even with the relative newness of some of its buildings.

My tour started at Nokjiwon Garden, home to a 175-year-old umbrella pine and a variety of other trees planted by various presidents since it was added in the 1960s to the former site of Imperial military barracks. A robot mower crisscrossed the vast lawn in front of the Sangchunjae Halla traditional Hanok house built in the early 1980s (of 200-year-old pine trees) for private meetings with visiting state guests.

Behind, we meandered through tree-covered stone paths and past a 750-year-old yew tree to see the site where the Japanese erected the original representative building in 1939 as the site of the Governor General’s residence. occupant. Only an urn-shaped sculpture remains. Nearby, a stone stele was discovered with Chinese characters calling the place “the most blessed on earth”, likely a nod to the Taoist practice of guessing auspicious places based on topography and flow. wind and water (fengshui in Chinese, or pungsu-jiri in Korean).

We then headed to the two-story main building, where I took selfies at places where Korean presidents worked and met leaders from around the world, including former US President Donald Trump, whom former Korean President Moon Jae-in hosted for a state visit in 2017.

We also visited the Guesthouse Yeungbingwanwhere state dinners and other functions were held, then headed back east to tour the presidential residence, another (larger) traditional Hanok house with beautiful pine pillars and a wooden roof intricate wood capped with more blue tiles.

Visiting Cheong Wa Dae is definitely worthwhile if you are interested in history, architecture of power and diplomatic intrigues, and if you are a foreigner I am told you might have better chances than locals to visit Cheong Wa Dae. being one of the nearly 40,000 people a day giving themselves the opportunity to walk through the doors: I had the help of the Korean Culture and Information Servicebut some sites note that a certain number of passage slots are reserved for foreign visitors twice a day.

It’s unclear whether Mr Yoon’s decision will stand – Korean politics is known to be controversial – but previous presidents have tried and failed to do exactly what he achieved, and it could be hard to undo.

For now at least, one of the two masts outside the main building remains bare, stripped of the peacock blue and gold presidential flag that flew the space for 74 years.

The best survival food kits of 2022