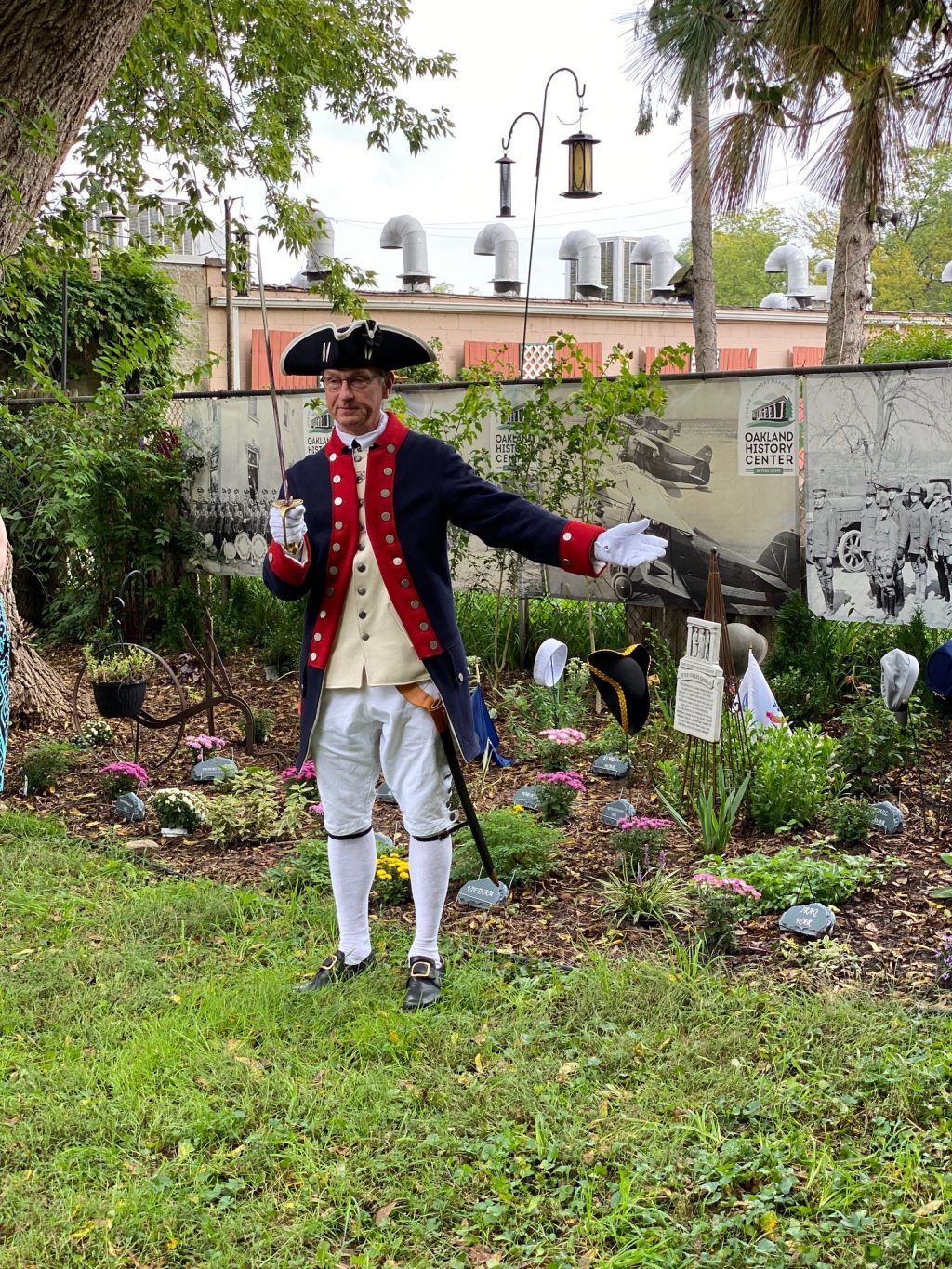 The poignant focal point of the Never Forget Garden is the Tomb Guard plaque, which is surrounded by 15 commemorative stones in honor of those who fought in the 15 wars and conflicts dating back to the American Revolution.

Regent Hofmann and associate member Pam Miller planned and planted the garden and other chapter members contributed plants, many of which have symbolic representation.

The Lydia Barnes Potter Chapter meets on the second Monday of each month at 6:30 p.m. For more information on how to become a member, contact Regent Barbara Hofmann at [email protected]

The American Legion Homer Wing Post 172 was named after Homer Wing who served with the United States Expeditionary Force of Northern Russia during World War I. The force consisted of 5,000 troops under the command of the British, including troops from the United States, Canada, France and Great Britain.

Wing served in the 310th Engineers of the US Army, attached to the 339 Infantry Regiment. The regiment landed at the Russian port of Archangel near the Arctic Circle in September 1918. Three-quarters of the regiment was from the Detroit area and began to call themselves “Detroit’s Own”. But changed to “Polar bears”, due to extremely cold temperatures. They aided the “White Russians” loyal to Russian Tsar Nicholas in their futile civil war against the “Red Russians” or Communist forces, and then, in May 1919, they were finally called home. While retreating from the area, Homer Wing, 25, was accidentally killed. His body was transported to his home in Rochester in November 1919 and is buried in the city’s Mt. Avon cemetery.

During the afternoon of November 17, 1919, businesses and schools in the townships of Rochester and Avon closed to commemorate his return with a parade in which 30 members of the local American Legion post marched in his honor. The local post became the Homer Wing Post in September 1920.

Cmdr. Sheryl May has been the Commander of the Homer Wing Post since 2013. May served from 1979 to 2009 in the Air Force Reserve stationed at Selfridge Air National Guard Base in Harrison Township and was deployed during six months in Saudi Arabia during Operation Desert Storm.

Cmdr. May serves because: “I am a member and Commander of the American Legion Homer Wing Post 172 due to my father’s military service in World War II and his dedication to the American Legion, James J. Mulligan II. He’s really my hero!

• West Bloomfield Parks and Recreation, Township of West Bloomfield and Orchard Mall will host the Veteran Heroes Appreciation Breakfast 9-10: 30 a.m. on Friday, November 5 at Orchard Lake Mall, 4655 Orchard Lake Road, West Bloomfield Twp. The event aims to honor, recognize and thank veterans and includes performances, a guest speaker, an honor guard presentation and a veteran gift. Jason Colthorp of WDIV as master of ceremonies. The event is open to everyone. Veterans and one guest attend free of charge. Additional guests or non-veterans can attend for $ 15. Registration required at wbparks.org/heroes.html or call 248-451-1900.

The Oakland Press is interested in all of Oakland County Veteran’s events. Please send the information in the body of an email with the subject line “Veterans” to Sharon Longman at [email protected] Allow two weeks’ notice for scheduled events and include a phone number readers can call for more information.