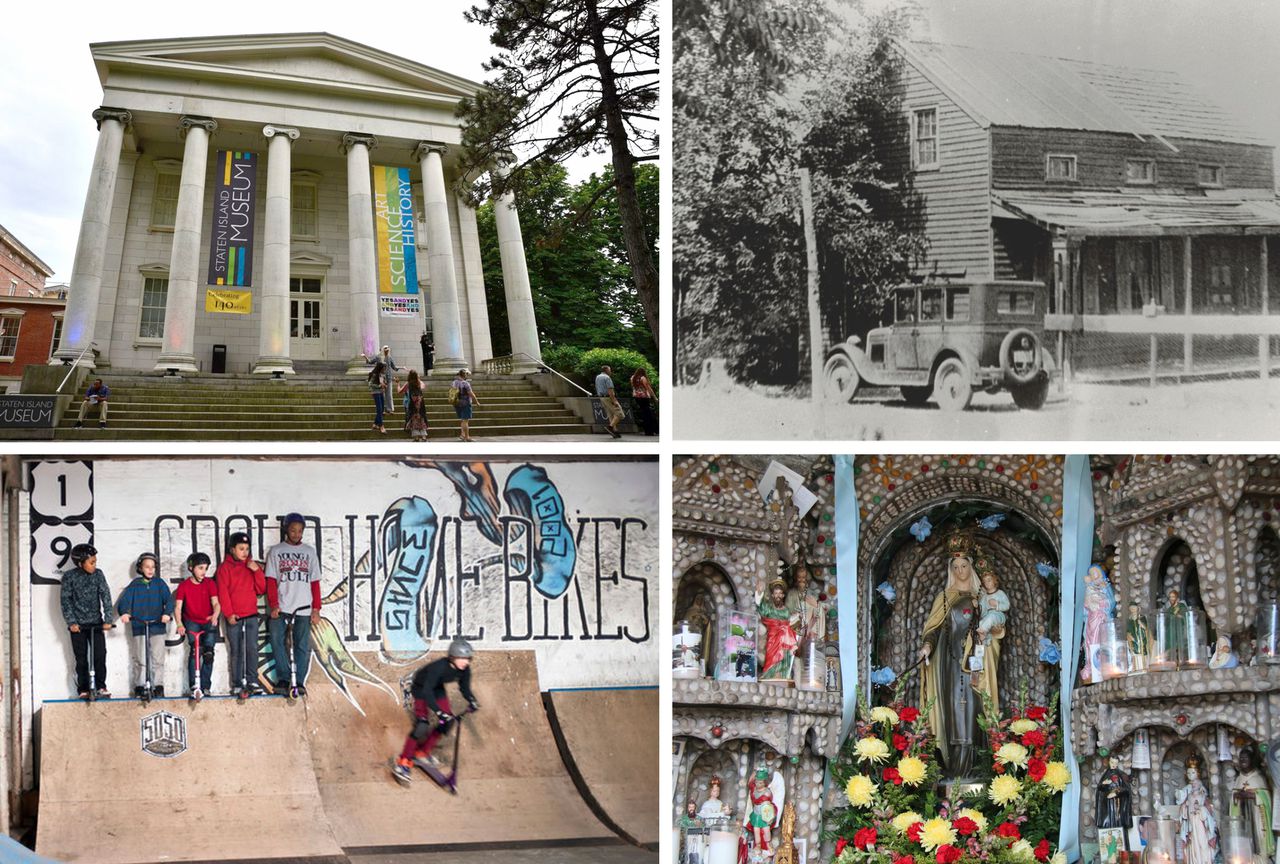 While Manhattan takes the lion’s share of tourist attractions, Staten Island is packed with museums, parks and cultural institutions that draw thousands of people across the harbor or across the bridge each year.

Using location data does not give a full picture of how many people have visited Staten Island attractions, but does provide an idea of ​​the borough’s most popular places for tourists.

Check out the list below for Staten Island’s top 10 tourist attractions.

The current Snug Harbor Cultural Center and Botanical Garden has 28 buildings on 83 acres of land and offers a variety of cultural experiences.

In 1935, New York City acquired this property and it underwent renovations by President Franklin Delano Roosevelt’s Works Progress Administration. The walk was dedicated to the former governor and president in 1939.

Lucy Rubino, director of the Greenbelt Native Plant Center, oversees the installation of 13 acres of greenhouses, nurseries and a seed bank complex. Workers here subject the plants to various stages of meticulous care, from collecting the seeds, acquiring and cataloging them, planting the seedlings and watching them come to fruition before selling them to local consumers.

Considered the oldest permanently inhabited free black settlement in the country, Sandy Ground is one of many such places that once existed in New York City – most of the others are now eradicated entirely. Once full of 150 black-owned homes, each built and centered around Rossville’s African Methodist Episcopal (AME) Church (established in 1850 and a major stop along the Underground Railroad), the neighborhood was home to farmers , businessmen, doctors and other influential residents of Staten Island. Its name refers to the sediment-rich soil found in this part of the borough. The region was first cultivated as agricultural land, its sandy soil a fertile environment for strawberries and asparagus.

Located at 10 Richmond Terrace in St. George, Staten Island Borough Hall houses the office of the borough president, the offices of the building and transportation departments, and other municipal offices.

Built in 1862 by the United States Lighthouse Service (USLHS), the Staten Island Lighthouse Depot – now home to the Lighthouse Museum – was the primary manufacturing, storage, supply and maintenance center for the 3rd US Lighthouse District Service.

Not only is the 5050 Skatepark used for indoor in-line skating, skating, and skateboarding, but owners often rent it out for birthday parties, community events, and filming TV shows and shows. music videos. They also operate an online store that sells bicycles, skateboards, and scooters, as well as skating and cycling accessories.

“Conference House Park is an ideal destination for lovers of parks and history. Located in the far south of New York State, this park is home to four historic buildings that trace the borough’s history over three centuries. The Conference House, Biddle House, Ward House and Rutan-Beckett House all tell of a New York and an America of the past,” says the city’s parks department.

Formerly known as the Garibaldi Memorial, the museum is maintained by the Order of the Sons of Italy. The historic house houses a diagram of Meucci’s “teletrofono” invention, as well as photographs, letters, some of Garibaldi’s medals, and memorabilia related to both Garibaldi and Meucci.