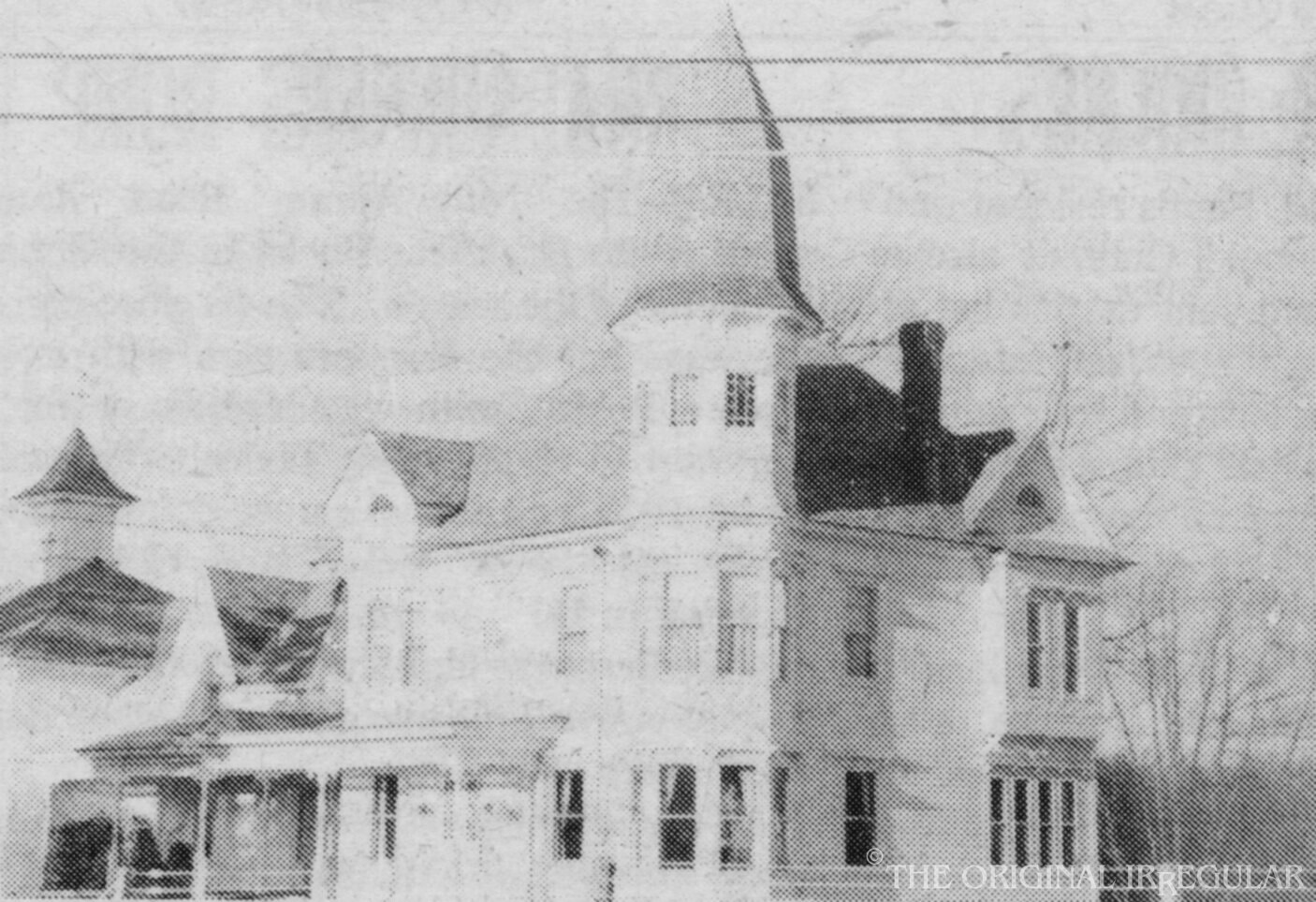 WIDOW’S WALK NAMED TO THE NATIONAL REGISTER OF HISTORIC PLACES

(Editor’s note: This article and photos originally appeared in Volume 13, Number 5, February 16, 1979, of The Sugarloaf & Rangeley Lakes Irregular and are reproduced here in their entirety. ©The Original Irregular)

STRATTON – The Maine Historic Preservation Commission has just announced that the Oramendal Blanchard House has been placed on the Register of Historic Places. The building was constructed in 1892 and is of Queen Anne style domestic architectural design. The well-preserved status of the house and its “isolated place” together with its distinctive tower make it a rare specimen of its style and therefore a historic place. That and Mr. Blanchard’s prominence in Stratton’s turn-of-the-century history all helped build the register. 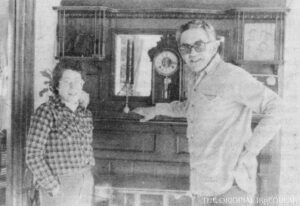 The Blanchard House is perhaps better known as Widow’s Walk and serves as the home and guest house of Jerry and Mary Hopson. We went to Stratton to see them and learn more about the house. We found Jerry with casts on both legs from a fall from a ladder three weeks ago. Mary was in a bit better shape, her broken thumb from a ski fall was healing well. They hadn’t let these setbacks stop them from enjoying WWW week. As the reigning Bull Moosers, they attended the full schedule of events.

The Hopsons first pointed out that this was House Oramendal Blanchard, not Ora or Ora Mendal; it’s quite a word. The MHPC has it as Maison Ora Blanchard. Oramendal owned the local sawmill as well as Stratton’s first water and electric companies. He had the plans of the house drawn up himself and had the square built. It was, from that time until 1953, the private residence of the Blanchards. There was some confusion on this point, but the Hopsons received a copy of a letter from Myrtle B. Howe in Berlin, NH:

“Yes, my father, Oramendal Blanchard, drew up the plans and had this house built, but it was still a private dwelling. The year he was in Alaska, hoping to strike it rich, ended with making just enough money to pay for his trip back to Stratton and that was it. He earned his money by being in the timber trade, first with his father and brothers and eventually on his own. Most of it was lost during the Depression. He was never a rich man after that.

“My father’s father, Alien B. Blanchard Jr., is from Freeman, Maine, and lived in Eustis Ridge for four years. He then went to Stratton (Diamond Corner) and built himself a house, a boarding house, later called the Blanchard Hotel, which is now the Arnold Trail Inn. He also built a grocery store to the left of the Blanchard Hotel, Stratton Mfg. Co. and many homes located on Blanchard Ave.

“Your article contained information about the house where I was born and where I lived until 1953, as well as the hotel in town.”

It also makes the Arnold Trail quite historic. The reference to Diamond Corner dates back to when Eustis was the big town and Stratton just a staging point. The part about Alaska relates to the reported version that Mr. Blanchard made his fortune selling groceries to gold diggers.

The house was sold in 1953 to Gust Johnson who ran it for a time as a hotel and as a Riverside Tourist Home. The other owners were CMP and Larry Bigelow. The Hopsons bought “the castle”, as it is sometimes called, just over a year ago from Lee Mosher, Steven Beale and Don Fowler. They had bought it in 1969 (phew!).

The Hopsons, along with their children Lila, Barbara, Alice, and Jerry, Jr., worked to restore and convert the house into a home for themselves and a four- or five-bedroom guest house. The house has remained pretty much as it was when it was built. In fact, the cedar shingles on the tower are still the original shingles (you can’t beat cedar and a steep slope). The barn has been renovated to make rooms for the girls and a bathroom here and there, but the house still has all the original oak paneling inside, even down to the huge steel sink of the kitchen.

Jerry plans to replace some of the missing railings on the porch and balcony, similar to the work on Widows Alley. There are several old photos of the house that help the Hopsons in their work. The old photos also show a shed next to the barn, but the shed is now gone. Other ancient artifacts and clues are found around the house. A pencil note in the barn reads “July 14, 1898 – received first load of hay”. Near the basement stairs are pasted samples of all the original old wallpaper in the house. Personal history also comes up from time to time, such as Mrs. Howe’s letter. Last summer, the Hopsons met one of Oramendal’s nephews who told them that, as punishment, the children had to stand on the widow’s walk, for up to two or three hours for serious infractions. .

Mary told us the house is distinctive enough that there is a fairly consistent number of travelers on Routes 27 and 16 stopping to take photos of the house. Shouldn’t wonder at all, at all.

“BackTracks ~ Irregular Gems” is an occasional feature – shall we say “Irregular”? – highlighting classic, interesting and/or humorous stories from the archives of the original Irregular. For additional BackTracks selections, click the “BackTracks” button above and for items older than 90 days, type “backtracks” into the search bar on our web pages. ©The Irregular Original

artnet: See images from a fantastically kaleidoscopic exhibition in Geneva that does away with old categories of art history