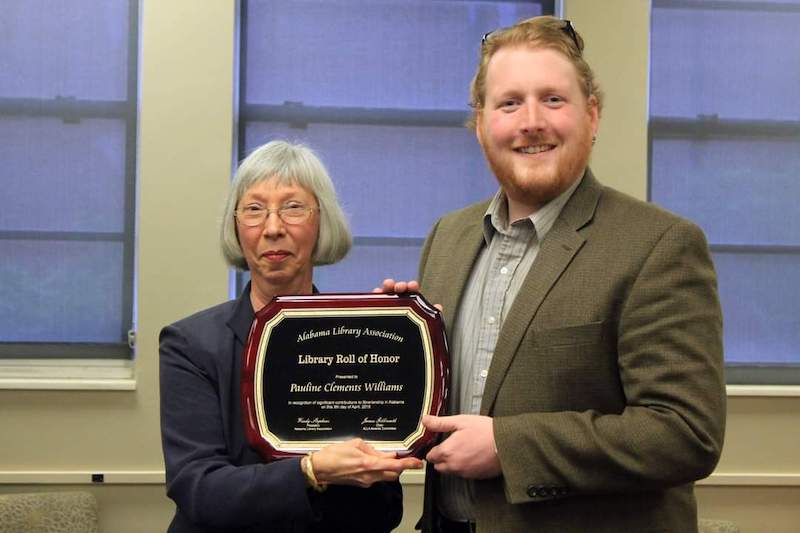 For the past 20 years, Northport native Pauline Williams has used her librarian skills as a service missionary for The Church of Jesus Christ of Latter-day Saints, where she dedicates 20 hours of her time each week. .

Williams worked in the Columbiana Ward Building of The Church of Jesus Christ of Latter-day Saints, which houses a family history center. During this time, she helped many people in their research to find their family history and their ancestors. Pauline’s volunteer work included the Shelby County Archives, where she was responsible for digitizing and indexing historical records which were later uploaded to FamilySearch.org.

Williams and her late husband, Lloyd.

Williams has worked alongside hundreds of other volunteers indexing family history documents such as birth, marriage and death records as well as censuses, land immigration and naturalization, and military certificates.

â€œI volunteer to serve others, to help my neighbor. It also keeps me engaged and has been a focal point for me since losing my partner, Lloyd, â€Williams explained.

All records are reviewed for accuracy before posting to FamilySearch.org. Access to the database is free and requires the creation of an account with a password.

Williams received a Masters of Library Science from the University of Oklahoma in 1973. She began her career as a Reference Librarian, then Collections Development Librarian and Library Assistant. She said it was the experience of working one-to-one with people to help them find the information they needed that was the most rewarding part of what she did as a librarian and also led her to volunteer with the Church.

William, 78, was married to his partner, Lloyd Malcolm, for 56 years before passing away in October 2020 at the age of 82. She has a daughter and two grandchildren.

Outside of her volunteer work at her church, Williams spends her days planting and tending her fruit gardens and mowing the 4 acres of land she is responsible for tending. A gardener since childhood, she continues the tradition of her husband, who was a horticulturalist and worked his fruit garden for several hours a day. Pauline grows eight different varieties of blueberries, figs, persimmons and her Che bush (which looks like a mulberry bush).