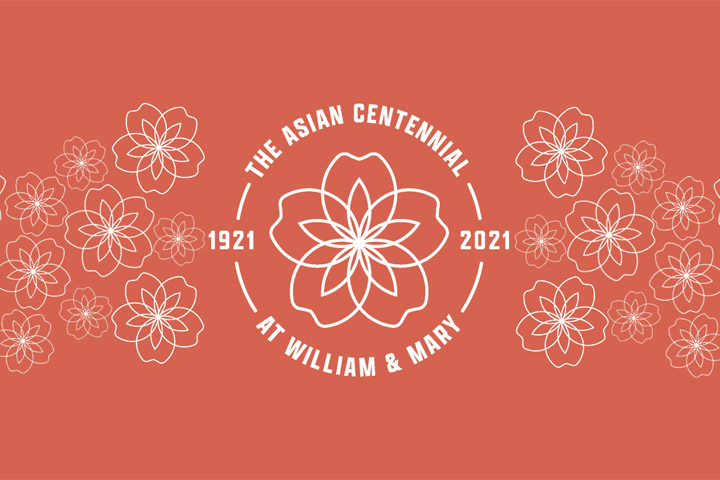 After a year and a half filled with scholarly collaborations, research, performances, exhibitions and other programs, the commemoration of William & Mary’s Asian centenary will culminate with several special events later this month, including asian centenary on april 30.

The full day of programming includes a masquerade and gala at the Muscarelle Museum of Art, which will include the unveiling of commissioned centennial artworks as well as the announcement of the first William & Mary Asian Centennial Awards.

“The Asian Centenary Committee created the awards to recognize our alumni who have stood up for others, especially those who are marginalized during their careers and volunteer efforts,” said Francis Tanglao Aguas, Professor of Drama and Drama. Asian American and Pacific Islander Studies and Asia Centennial Co-Chair with Sociology Professor Deenesh Sohoni.

“The inaugural winners of the Asian Centennial Awards are leaders and changemakers, just like our Asian alumni such as Hatsuye Yamasaki ’37 who, despite being the only woman of color on campus, was the president from Brown Hall, W&M’s female dormitory.”

William & Mary’s Asian Centenary Celebrates 100and anniversary of the admission of the university’s first Asian student, Pu-Kao Chen (Class of 1923), as well as all students of Asian, Pacific Islander, and Middle Eastern/Southwest Asian descent who have monitoring. The commemoration began in the fall of 2021 and has featured a myriad of special events since. He also brought three Centennial Arts Fellows from Asia to campus and launched the Asia-Pacific Research Project on the Middle East.

The culminating events later this month begin with the Asian Centenary Ball on April 22. Co-sponsored by the Student Assembly and W&M Asian Student Organizations, the event is intended to celebrate the Asian, Pacific Islander and Middle Eastern/Southwest Asian (APIM) community. at the university and will include student performances, dance and APIM cooking. It will start at 7 p.m. in the Sunken Garden. The event is open to current students only. Although admission is free, reservations are required and can be made online.

Asia Centenary Day includes a number of events, all open to the public. It begins at 11 a.m. at Zable Stadium with the grand opening of the Arthur A. Matsu Arcade and the unveiling of the historical marker honoring Matsu’s legacy. Matsu was the first known Asian American student at the university. A talented member of the university’s football team, Matsu became the first alumnus to play for the National Football League and one of the league’s first Asian American players.

In April 2021, the W&M Board of Visitors voted to name Zable Stadium’s North Colonnade in honor of Matsu. In August of the same year, Virginia Governor Ralph Northam announced that a historical marker would also be created to honor Matsu.

Following the dedication of the archway and marker, the Asia Centennial Day celebration continues with an alumni reception at 2 p.m. at the Culture Café in Williamsburg.

The gala masquerade and fundraiser begins at 6 p.m. at the Muscarelle Museum of Art at W&M. It will also be broadcast live. Tickets are required for both. All proceeds go to the Asia-Pacific Middle East/Southwest Asia Project Fund.

The gala will feature the unveiling of centennial artwork created by Roberto Jamora, who was a Distinguished Centennial Fine Arts Fellow in Residence. It will also include musical and dance performances, the announcement of the awards and a private screening of the museum’s current exhibition featuring the work of Edgar Degas.

Another of the Asian Centennial Arts Fellows, filmmaker Marissa Aroy, will capture footage of the special events for use in a documentary about the history and experiences of APIM people at the university. A trailer for the project is expected to be complete by launch weekend, May 20-22.

During this weekend, the university will organize a special event for APIM graduates. Titled “Khatalampay,” the ceremony is due to begin at 6:30 p.m. in the Sadler Center’s Commonwealth Auditorium. The stoles that will be given to graduates are free, but registration is mandatory before March 31.

The university also recently announced that W&M alumnus and Florida Representative Stephanie Murphy ’00, the first Vietnamese American woman elected to the U.S. Congress, will receive an honorary degree from W&M during the launch weekend.

As the centenary draws to a close this semester, the work it started will continue as the history of APIM continues to be made at the university. Last month, the university had another historic moment when all of the people elected as class president, plus the person who won the presidency of the Student Assembly, were of Asian descent.