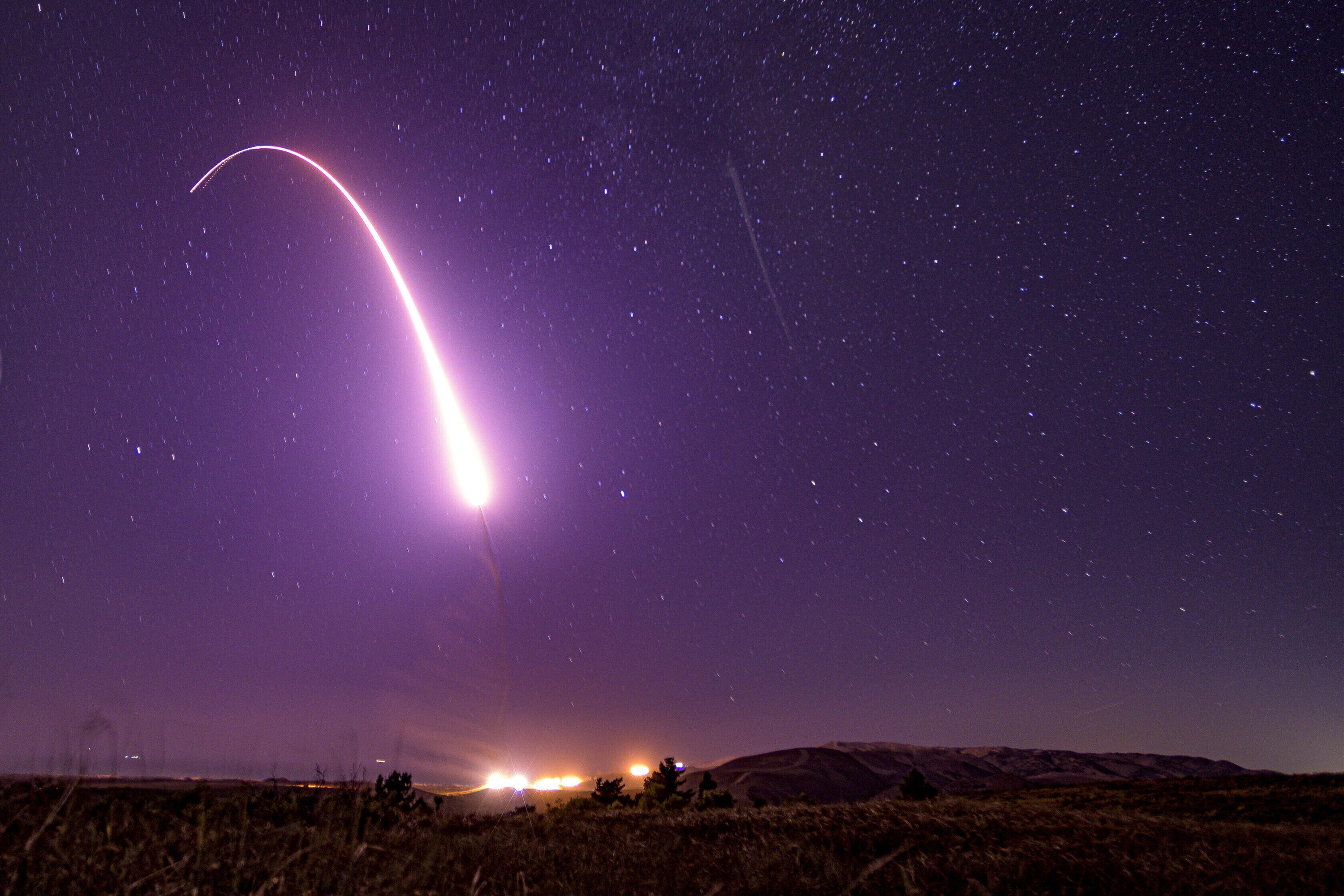 Worries for China, Russia Reduces Chances of US Nuclear Changes

WASHINGTON (AP) – Joe Biden’s arrival at the White House almost a year ago seemed to herald a historic shift towards less US reliance on nuclear weapons and perhaps a decrease in their number. Even a US “no use first” pledge – a pledge never to be the first to use a nuclear weapon again – seemed possible.

Then China came – revelations about expanding nuclear force and talk about a potential war with Taiwan.

And then Russia came along – signs that it might be preparing to invade Ukraine.

Now major changes in US nuclear weapons policy seem much less likely, and while Biden may insist on some adjustments, a momentum toward a historic departure from Trump administration policy. seems to have stalled.

The outlook will be clearer when the Biden administration completes its so-called nuclear position review – an internal re-examination of the number, types and purposes of weapons in the nuclear arsenal, as well as the policies that govern their potential use. . The results could be made public as early as January.

The biggest unknown is how strongly Biden will weigh in on these issues, based on the White House’s calculations of political risk. During his years as vice president, Biden spoke about new directions in nuclear policy. But increased concerns about China and Russia appear to enhance the political influence of Republicans seeking to present such a change as a gift to nuclear adversaries.

Russia has become a more urgent center of Biden’s attention after President Vladimir Putin has dispatched around 100,000 troops to positions near the Ukrainian border in recent weeks and demanded US security guarantees. Biden and Putin discussed Ukraine by phone on Thursday, and senior US and Russian officials are expected to continue with more detailed talks in Geneva on January 9-10.

Tom Z. Collina, policy director at the Plowshares Fund, an advocate for nuclear disarmament, says problems in China and Russia complicate Biden’s nuclear review policy but should not prevent him from acting on it. reduce nuclear dangers.

“We don’t want a new nuclear arms race with either nation and the only way to avoid that is through diplomacy,” Collina said. “We must remember the main lesson we learned during the Cold War with Russia: the only way to win an arms race is not to run.”

In March, in what the White House called interim national security guidelines, Biden said China and Russia have changed “the distribution of power across the world.”

“Beijing and Moscow have both invested heavily in efforts to verify US forces and prevent us from defending our interests and allies around the world,” the guide said. Biden pledged to counter with actions aimed at strengthening the United States at home, mending its alliances abroad, and elevating the role of diplomacy. Nuclear weapons were only briefly mentioned.

“We will take steps to reduce the role of nuclear weapons in our national security strategy,” the guide said without providing details, while ensuring a safe and reliable US nuclear force and seeking arms control opportunities.

Since then, concerns about China and Russia have only increased. Private satellite imagery revealed last summer that China was building a large number of new underground silos for nuclear missiles, and in November, a Pentagon report said China could quadruple the size of its nuclear stockpile by 2030.

“Because of what China did, it really changed the color of this review,” said Robert Soofer, who was the Pentagon’s top nuclear policy official under the Trump administration and led a nuclear review in 2018.

“Rather than this being a review that looks at reducing the role of nuclear weapons and even eliminating part of the triad, they have now been forced to stay the course and figure out how to fine-tune it at the margins.”

In June, even before the last build-up of Russian troops near Ukraine, Pentagon policy chief Colin Kahl said the outlook for US nuclear policy was being influenced not only by China’s nuclear ambitions, but also by “Real anxiety” among US allies in Europe over Russian defense and nuclear policy.

“And so, obviously, Russia is the closest wolf to the hanger when it comes to the nuclear issue, but just behind is China’s desire to develop its nuclear arsenal, both quantitatively and qualitatively,” Kahl said on June 23 at a nuclear policy conference sponsored by the Carnegie Foundation for International Peace.

Kahl did not preview the outcome of the policy review, but said it was intended to be part of a broader defense strategy, which is also due to be released in early 2022.

The Pentagon has not publicly discussed the details of the nuclear review, but the administration appears likely to retain the existing contours of nuclear force – the traditional “triad” of sea, air and land weapons, which critics call excessive. It could also encompass a more than $ 1,000 billion modernization of this force, which was initiated by the Obama administration and continued by Trump.

It is not clear whether Biden will approve a significant change in what is called “declaratory policy,” which sets out the purpose of nuclear weapons and the circumstances under which they could be used.

The Obama administration, with Biden as vice president, said in 2010 that it “Only consider the use of nuclear weapons in extreme circumstances to defend the vital interests of the United States or its allies and partners.” He did not define “extreme circumstances”.

Eight years later, the The Trump administration has reaffirmed Obama’s policy but has become more specific. “Extreme circumstances could include significant strategic non-nuclear attacks. Significant strategic non-nuclear attacks include, but are not limited to, attacks on the population or civilian infrastructure of the United States, allies or partners, and attacks on United States or allied nuclear forces, their command and control, or their alert and attack assessment capabilities.

Some thought Biden as president would go in a different direction, following his own advice on a “no-use-first” pledge. He said in a speech in January 2017: “Given our non-nuclear capabilities and the nature of the current threats, it is difficult to envision a plausible scenario in which the first use of nuclear weapons by the United States would be necessary or make sense.”

But some argue that China and Russia this year have changed “today’s threats,” perhaps keeping Biden on a cautious path.

Top ten cities for solo travel in the United States