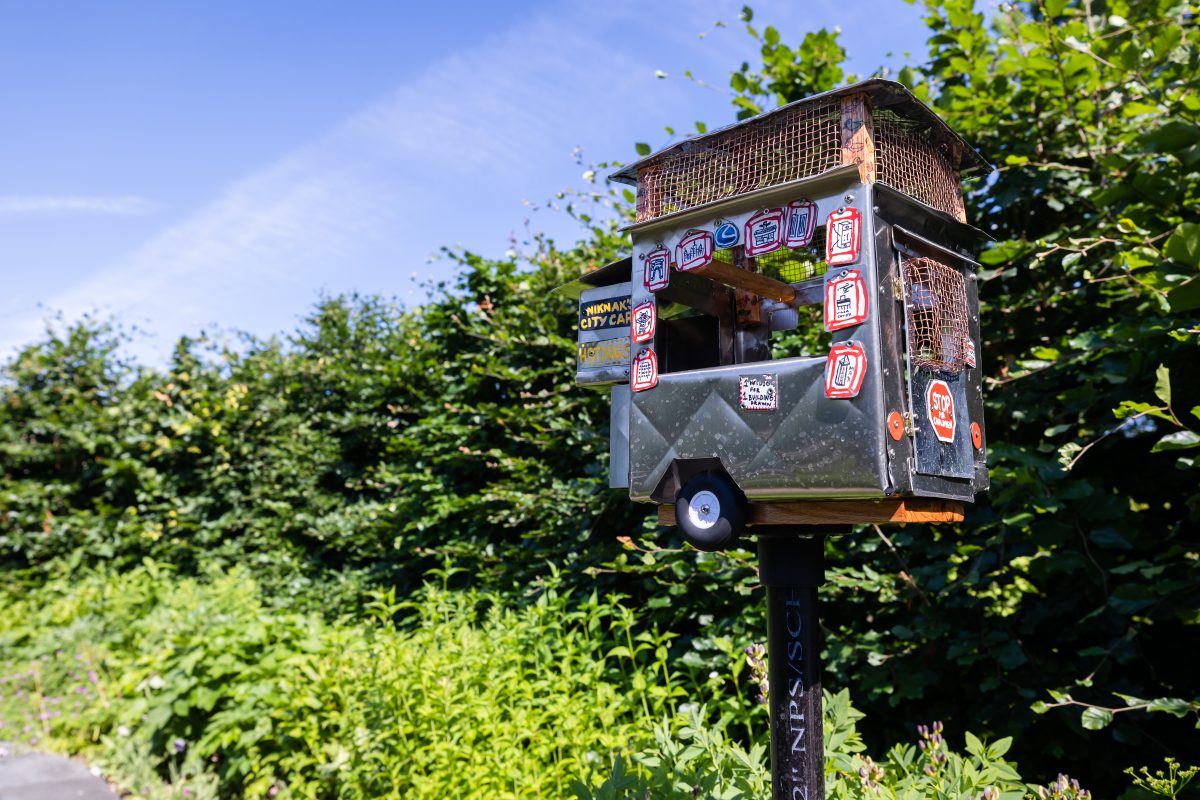 Your concise art guide to New York for September 2022

Everyone knows September is art fair month, but Manhattan’s big attractions are just a few of New York’s fall offerings. It’s not quite winter yet, so you can still catch an artist birdhouse show next to Prospect Park. Nonetheless, a collective display of politically charged textiles along the Long Island Sound packs a punch in an area otherwise awash with wealth. Our other highlights this month include an African healing sanctuary on Governors Island, colorful deconstructions of gender and sexuality, and transmissions of a post-work dystopia in Brooklyn.

Dominican artist Dexter Ciprian’s new solo exhibition transforms deeply personal objects into universal symbols of resilience. The artist breaks down pieces of furniture belonging to the family and reconstructs them into lanterns, bringing light to the island nation’s chronic breakdowns. Likewise, he recalls the bricks of his childhood home in the Bronx through pieces of Jabón de cubaba, an all-purpose soap used throughout the diaspora. Named after a popular Dominican hymn, love medicine is a home remedy meditation, which becomes the first line of defense when no other support is in sight.

If there is an ethical type of “gender criticism,” the Bushwick Tiger Strikes Asteroid Gallery nails it. Three contemporary Latinx artists – Ad Minoliti, KC Crow Maddux and Madeline Jimenez Santil – deconstruct social constructions of gender and sexuality, taking the womb out of its traditional “feminine” context and presenting the binary as a soulless, outdated formula . In the exhibition essay, Nicolas Cuello laments how queer and non-conforming artists of color have long faced a “historic accumulation” of stigmatized discredit despite marginal recognition in cultural institutions. Wrong forms is thus the antecedent, offering bodily and formal experimentation a space to breathe.

The aesthetics of couture unite this collective exhibition of living and deceased textile artists. The warm-colored tapestries of the late poet Edel Adnan depict her life of nostalgia, contrasted by the vigorous protest rugs of Philadelphia-based Tabitha Arnold and Mexican artist Margarita Cabrera’s cacti made from Border Patrol uniforms. Despite their different styles, a common textural base alludes to the gendered and often political history of the medium. Thread the needle thus centers the labor of marginalization, and in turn the marginalization of labor.

The 10 artists of ISLAA Rising Eros ruminating on the unpredictable joys of being truly felt in one’s own skin, trading outward sexuality for colorful abstraction. The skin tones of Wynnie Mynerva’s sparse watercolors are mirrored in Castiel Vitorino Brasileiro’s non-objective charcoal sketches, culminating in Oscar Bony’s photograph of two anonymous tongues still on the verge of contact. Influenced by the pastels of the Argentinian conceptualist David Lamelas, Rising Eros translates the simple gesture of touch into a revelation that can affirm one’s understanding of self and truth.

Pamela Phatsimo Sunstrum: I retained much more than what I wrote

Pamela Sunstrum has already lived many lives in the United States, Africa and Southeast Asia. But as the title of her latest exhibition reveals, much of that experience has yet to be expressed. Thus, the individual painted canvases that make up I retained – many of which are paired in diptychs or integrated into three-dimensional installations – together form a surreal tableau of non-place. Sunstrum layers denim jeans, volcanic mountains, palm trees and checkered tiles in visions of kaleidoscopic splendor, as if tapping into overflowing wells of memory. Perhaps then the artist is more willing to talk than she lets on.

The phrase “for the birds” often has a dismissive connotation, but the Brooklyn Botanical Garden literally means it. Dedicated to its diverse avian life, For the birds scatters colorful artist-made birdhouses throughout the grounds, all designed and placed specifically to foster community. Whether it’s a blue heron fishing rig, a trash-filled crow’s nest, or a tiny common sculpture garden, these makeshift homes meet the survival needs of every species. and bring a little more color to the lush landscape.

The dynamic of LaJune McMillian Black Movement Library The series synthesizes black radical tradition and current political unrest. Using archives of motion capture data collected from misrepresented black artists and basic character models, McMillian recreates their movements while wearing perceptual neuron motion capture suits. Recordings of their many public workshops and performances with artists Roobi Gaskins, Renaldo Maurice, Ntu, Roukijah Rooks and RaFia Santana show the entire facade of the Brooklyn Public Library lit up as they dance in front of a crowd of onlookers. Drawing on archival footage of the movements of people around the world, McMillian’s work breaks down the time between revolutions, warning us how quickly incursions can be reversed.

On Governors Island, a performance for two questions the poetics of health in the African diaspora. Blount-Moorhead and Young collaborated on four-channel films and installations set in the dark and desolate lower gallery of the Center for the Arts, juxtaposing personal testimonies from doctors, funeral directors and health aides with excerpts meditations and ritual performances. Equally critical and purifying, Back and song rejects the dominant singularity of Western colonial medicine, rooting generations of black healing in community and lived experience.

Two series of photos by Rodrigo Valenzuela, After work and Weapons, imagine what could have happened if machines made workers obsolete. For each shoot, he assembled elaborate, dystopian scenes from old wood and scrap metal, concocting surreal yet familiar depictions of what he calls a “post-worker world.” Drawing heavily on conceptual art and communist theory, Valenzuela portrays industrialism as a dehumanizing force that led capitalists to believe that machines would replace an imperfect and increasingly demanding worker. Housed in a structure the artist built inside BRIC House, New works for a post-worker world depicts a public sphere where the cause of labor is defeated, and it looks pretty terrifying.