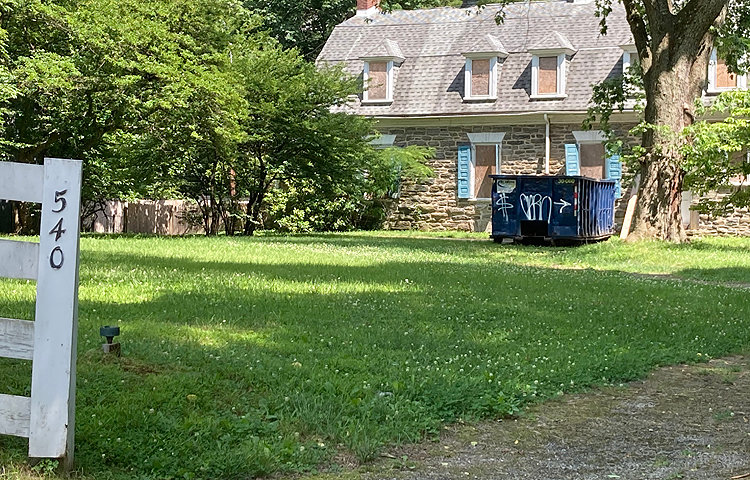 To the surprise of the Chestnut Hill Community Association, neighbors and City Councilor Cindy Bass’s office, on August 4, the Philadelphia Zoning Board of Adjustments approved a waiver at 540 W. Moreland St. that did not gain support. of any of the CHCA review committees. or the surrounding neighbors.

On May 8, the owners presented a plan to the CHCA Design Review Committee to subdivide the property, restoring the historic main house on the back lot. At that time, the owners stated that they had no plan for the front property (i.e. the existing front lawn). At the meeting of the CHCA’s planning, town planning and zoning committee on June 4, the division project was contested by the committee on the grounds that it did not provide any information on the plans for the new lot, nor on architectural details for the restoration of the existing main house. Lawyer Vern Anastasio, representing the owners, said there were no plans to develop the land “as of yet”.

Several neighbors present at the meeting said their main concern was the sight lines of the new lot and what could be built there. The house was the kitchen and service wing of the Keewaydin Estate until the estate was subdivided in 1948. It is zoned as RSD-1, single family residence. It was added to the Philadelphia Register of Historic Places in 2019 and purchased later that year by Ganos LLC.

A waiver was requested because the Philadelphia Licensing and Inspection Department rejected a subdivision proposal, noting that the minimum lot width was 75 feet and the new driveway for the rear property would be proposed 15 feet. . When asked how the new width was determined, Anastasio said it was the customer’s ‘preference’.

The committee suggested that it may be too early to consider a deviation, as no plan was presented for the new lot. It was opposed by the committee by a unanimous 5-0 vote.

At its June 15 meeting, the DRC unanimously rejected the proposal 5-0. The same issues and objections raised previously have still not been addressed: no plan presented for the field before and concerns about setting a precedent for issuing a waiver without clearly defined reasons.

On June 23, the CHCA board of directors voted unanimously against supporting the waiver, based on recommendations from previous meetings.

The ZBA did not allow the CHCA to present its objections at the August 4 hearing.

John Landis, co-chair of CHCA RDC, commented: “First of all, why have RCOs even, if after interviewing developers to identify the negative impacts of proposed projects – which, after all, is why RCOs have been created – they are not allowed to verbally present their findings and concerns? The ZBA has no obligation to accept the recommendations of an RCO, but it should at least be obligated to hear them.